They quit. Now they want their jobs back 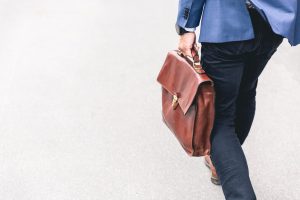 When the Great Resignation is over, experts believe that the recruitment market will be overrun by boomerang employees.

This summer, almost half of the workforce thought about quitting, and many of them did. They didn’t want to go back to the office full time, they wanted a lifestyle change, they were completely burned out. But their exits left a void in the jobs market that employers are struggling to fill. But the academic who coined the term ‘Great Resignation’ says it will soon be replaced by a wave of boomerang employees who will take their old jobs back.

“It’ll happen pretty quickly. Human beings are trying to figure out what they want to do post pandemic, and lots of us want to try things, but we’re not sure if it’s the right thing,” says Anthony Klotz, associate professor of management at Texas A&M University. “At some point they will realise, ‘I’m just really glad I took that time off but now I’m ready to re-enter the workforce’.”

Klotz believes that the wave of boomerang employees will last for the next five years. The things that will make people return will be as varied as the reasons they left, he explains. Some will realise that the grass isn’t greener in new jobs, others will have recovered from the burnout caused by the pandemic, or will have seen that old employers change their minds about flexible working.

“Boomerang employment has really increased over the last decade,” says Klotz. “Right now, there’s a lot of employees quitting their jobs because they want to explore other areas of their life, other professions, whatever it may be, who knows how they’ll feel in two years.” Let’s say you quit your employer because you didn’t want to go back into the office, he argues, but then the Delta variant ruins their plans. “Lo and behold, you find out three months later, they’ve switched to a hybrid situation. And you’re like, ‘Well, if you guys were hybrid, I would have never quit’.”

Over 40 per cent of employees in the US are willing to return to a previous employer, according to a 2016 survey by staffing company Spherion. However, saying that you’d be willing to come back to a former job and actually returning are two different things, says Aaron Alburey, managing director of HR consultancy LACE partners. “There’s a pride aspect to going back that has to be conquered,” he says. “You have to go back and say, ‘I was wrong, this was the place I want to be, and thanks for throwing me nice leaving drinks, but I’ve come back’.”

Usually companies and employees wait for between 12 to 18 months after quitting before contacting each other about coming back. But the window will get shorter, says Alburey, because “they’ve landed, the honeymoon period is over, and we will start to see them being attracted back”.

People who left because they felt that their employer may not have treated them as well as they could have during lockdown are the ones most likely to come back, he argues. “We will start seeing some individuals reassess and realise that actually, they may well have had a better deal than what they thought.”

Those that succeed second time around tend to have built up relationships with people at work that transcended their exit. Long before the Great Resignation, career management specialist Husnara Begum became a boomerang employee. A month after she quit her job in 2006, she was back at her old desk. “The job I left for didn’t meet my expectations and culturally it wasn’t the right fit,” she says. “That was only something I figured out by experiencing the new role first hand.” So Begum called her old employer and said she’d made a terrible mistake. “It was easy for me because when I resigned I remained super professional and literally wandered around saying goodbye to people individually. In other words, I had built a strong internal network meaning when I left they kept the door wide open for me. So the lesson learnt is never burn bridges.”

Her experience is relatively rare: employees often find that the problems that caused them to leave in the first place are still there when they return. In online forums about boomerang employees, it’s common to see people complaining that their old employer was not able to fulfil the promises made to get them to return.

It’s possible that more industries will adopt the attitude of the IT industry, which has always been more likely to rehire people as a strategy to fill technical roles. In June 2021 researchers interviewed 39 boomerang employees in IT and found that the majority were more satisfied with their jobs when they returned, because their working conditions improved when they negotiated their return.

Diedre Snyder, assistant professor of management at Providence College, Rhode Island, found that boomerang workers in professional services firms were paid about $10,000 more annually than their colleagues who had stayed. This penalisation for loyalty can feel “like a slap in the face”, she says, and is a big risk when a company has a culture of boomerang employees and is trying to bring back a large proportion of the organisation.

Bosses need to worry about the people that are staying and make sure they are equitably treated, Snyder argues. “They run the risk of damaging culture and the relationships of their valued employees and meeting those of the people who left in the first place,” she says. Companies should also temper their expectations — Snyder’s research shows that boomerang employees aren’t necessarily more effective than external hires, and bringing them back on more money won’t necessarily make them work harder either. The best benefit is in jobs that require professional networks and specific understanding of a company’s processes. “They were getting better attitudes, they were getting more satisfied and committed employees, but that didn’t translate into better performance,” she says.

It’s this last point that’s very important in the current hiring climate: giving someone back their job shows that the culture of a company is good, but also sends an important message to the rest of the company that there isn’t anything better out there.

People might return to their old jobs after a short while, but the true test of a successful boomerang employee is how long they stay. Alburey thinks that the people who come back to their old workplace in the coming months may be jumping back too soon — although work perks may not be much better in other companies right now, many are building programmes that are inclusive and involve flexible and home working. “It will be interesting in a year’s time to look at how many people have done a double hop,” he says. “I think they will outweigh the people who have come back.”

Original article ‘They quit. Now they want their jobs back.’ Written by Natasha Bernal Published by WIRED