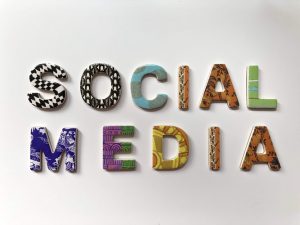 As the job market settles down and businesses start hiring post-Pandemic, it might be a good idea to overhaul your social media accounts. According to new research* your future employer is more likely to check your Facebook page than your LinkedIn.

It might be time to set your social media profile to private, as your Facebook and Instagram activity could potentially have a negative impact on your job applications.

When asked about what kind of posts and pictures would put them off hiring a potential candidate, the top response was mentioning drugs, with 58% saying that this would mean they were less likely to take someone through to the next stage. This was quickly followed by racist, sexist, or homophobic comments.

Social Media Activity That Would Put You Off Hiring Someone:

While many of us will be comfortable knowing there is no sexism, racism, or homophobia on our channels – if you’re big on sharing your nights out, or swear words, then you should also be careful as these also ranked pretty high on the list of behaviours that could lose you a role.

Negative comments about previous employers are also seen as troubling for 40% of hiring managers. So maybe save your rant about your old boss for the Whatsapp chat rather than your Twitter page.

A spokesperson for CareCheck said in response to the research, “We all want to be the best version of ourselves on social media, but making sure you look like the life of the party on Instagram may not look so great to a potential employer.

“The simplest solution is to keep your profiles private, however, if you don’t want to do this then it’s important to remember that your posts can have a direct impact on your career.

“Think about what you’re sharing on social media, and consider whether it’s something you could live to regret if an employer were to see it.”