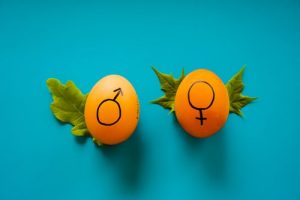 The gender pay gap at UK organisations has shrunk for the third consecutive year, early analysis has shown, but the true picture will only emerge once all eligible employers have published their data in the autumn.

However, most organisations required to disclose their gender pay data are yet to publish their reports on the government’s portal. Three-quarters of eligible organisations – those with 250 or more employees – are taking advantage of the extended deadline being offered by the Government Equalities Office in light of the pandemic, and have until 5 October 2021 to publish their data for the 2020-21 reporting round.

Of those that published their reports by the usual deadline (31 March for public sector organisations, 4 April for private sector firms), 58% recorded a drop in their mean gender pay gap.

Larger companies were significantly more likely to report ahead of the usual deadline, with 60% of organisations with 20,000 or more employees doing so. Building societies, utility companies, banking firms, investment companies and real estate organisations were among those most likely to voluntarily report their data.

She said: “It’s been a complex reporting year for many companies and the decision to defer reporting will not have been taken lightly. The six-month delay in enforcement by the Government Equalities Office has been welcomed by many employers, who are understandably addressing the ongoing impact of the pandemic and its effect on their April 2020 gender pay gap results.

“However, organisations must continue to report and the optics of this reporting cycle will be especially important given the disproportionate impact on women of the pandemic.

“In reality, with so many companies still to disclose their gender pay gap, it will only be after October that we get a true picture of this year’s reporting. This data will also likely give us a much richer picture of the impact that the pandemic has had on women compared to men.”

Bennett said that in the autumn we were likely to see noticeable differences in the pay gaps in companies and industries where significant numbers of individuals were furloughed or no longer in employment.

Other findings from PwC’s analysis of the fourth year of gender pay gap reporting include: