Age bias rises: Age discrimination complaints up 74 per cent in a year 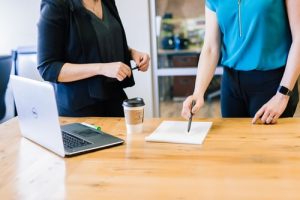 Research from Rest Less, the digital community for the over 50s has found the number of age discrimination complaints to employment tribunals has increased by 74 per cent in the last year. Rest Less analysed Tribunal Statistics data from the Ministry of Justice and found that the number of receipts under the jurisdiction of age discrimination in employment tribunals reached 3,668 in 2020, up from 2,112 – or 74 per cent- in 2019.

“Workers in their 50s and 60s have had a challenging time in the labour market over the last year,” said Stuart Lewis, founder of Rest Less. “Unemployment levels soared by 48 per cent year on year and redundancies amongst the over 50s hit an all time high in 2020. Additionally, with more than 1 million workers over the age of 50 still on furlough, and business concerns around the potential for new virus variants to delay re-opening, we fear a new wave of redundancies may be on the horizon.

“We know that the pandemic has exacerbated age discrimination in both the workplace and the recruitment process,” he added. “We also know that once made redundant, older workers are more likely to drift into long-term unemployment than their younger counterparts, raising fears about the sustainability of the UK’s recovery if we don’t have a jobs plan that works for people of all ages.

‘“These factors, combined with the need for many to keep working until they are 66 to access the safety net of the state pension, are leading to a increase in the number of employment tribunal cases based on age discrimination – and it’s likely to get worse.”

Patrick Thomson, senior programme manager, Centre for Ageing Better, added: “As the labour market adapts to the unwinding of furlough, reopening of some businesses and closing of others, many older workers are being caught in the middle. Employment tribunals are often the last course of action for people facing discrimination or unfair treatment in the workplace, and it is worrying to see so many older workers needing to pursue them.

“We know that age is often the last unspoken and accepted form of discrimination in the workplace. Our recent research with employers finds that while many said diversity and inclusion were important to them, few had strategies or approaches to make their workplaces age-inclusive. We know a third of people in their 50s and 60s feel their age disadvantages them in applying for jobs, higher than any other age group.

“In the toughest job market in recent memory this really matters,” concludes Thomson. “It has never been more important for employers to make sure they are genuinely recruiting the best person for the job, regardless of age – and retaining their experienced older workforce. De-biasing the recruitment process, creating an age-inclusive culture, and supporting flexible working are all crucial to doing so.”