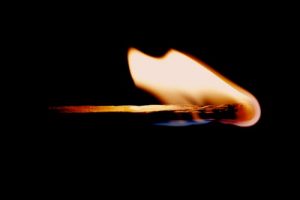 The events of the coronavirus pandemic have left HR teams feeling in a worse position than before it first hit.

HR professionals reportedly feel less able to cope with the demands of their role than in 2020, according to new research by employee experience platform CultureAmp.

Under half (40%) of respondents said they felt equipped to balance the requirements of their HR role in the first quarter of 2021.

Grace Mole, senior people partner at Culture Amp, said HR teams have been under a lot of stress over the past year, and they need to think about themselves as well as their teams.

She told HR magazine: “HR should check in with themselves regularly, looking out for signs of burnout, such as a loss of enjoyment of tasks, emotional numbness or feeling a sense of doubt.

“Not everything can be fixed at once so choosing one area to focus on at a time is important. For example, look at whether or not existing work/life boundaries need to be recalibrated.

“Consider those areas, such as lunchtimes or evenings, which can be reclaimed, allowing more time for switching off.”

Mole said other considerations should include allowing transition time in between interactions with others so there is breathing space in between meetings and reaching out regularly to other HR professionals who understand the uniqueness of the role.

People teams based in the UK were found to be suffering more than their global counterparts.

In the second quarter of 2020, 64% of people leaders globally said they were unable to switch off from work and make time for rest.

By the first quarter in 2021, 69% of respondents in the UK still felt this way compared with 61% globally.

Mole said it is important the same wellbeing initiatives that apply to the whole company is also applied to HR teams.

She said: “If the whole company takes a recharge day, to take a step back from work simultaneously, then the HR teams has to be a part of that.

“The people team, whatever level they are, should also be checking in on each other; this is the epitome of putting on your own oxygen mask before helping other.”

“A lot has fallen on their shoulders over the past 16 months and the ability to ‘leave things at work’ has been tested like never before.

“Allow time in team meetings to talk, vent, cry, ask for advice – put time on the agenda that isn’t just focusing on deliverables,” she said.