Employers urged not to discriminate against home workers 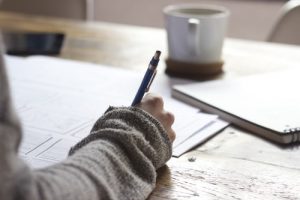 Legal experts are warning employers not to discriminate, either deliberately or accidentally, as workers begin to return to the office.

Data from the Office for National Statistics released in April covering 2010 to 2020 showed how before the pandemic, working from home could negatively affect an employee’s earning potential, their chances of promotion and their likelihood of receiving a bonus.

Now that the country is entering a period of uncertainty over the scale of the return to the workplace and how many businesses will operate on a hybrid basis, there are fears that those choosing to work at home could face discrimination.

The ONS data found that home workers, on average, worked more unpaid hours than their office counterparts yet were not as likely to be promoted. The resulting lack of mobility within firms had implications for diversity at leadership level and could also increase claims of indirect discrimination.

Lawyers at law firm Parker Bullen have told employers that inequalities between office and home workers could start to show over the next six months, especially as people with disabilities and parents with young children are more likely to choose home working.

Alana Penkethman, chartered legal executive, Parker Bullen solicitors, said: “Businesses need to ensure employees are assessed according to the quality of their work, and not where that work is done. ‘Out of sight’ should not mean ‘out of mind’. Most importantly, employers should update HR policies to ensure home working doesn’t create any unfair disadvantages.

“Closely monitoring earnings, bonuses, promotions and training opportunities to ensure everyone is being treated equally is an important start to avoid indirectly discriminating against those protected groups who may be more likely to continue working from home.”

Penkethman pointed out it was normal for managers to delegate work and opportunities to “those who are in the right place at the right time” but that employers must remember that the office was not the right place for all workers. For example, said Penkethman, if an employee misses out on an opportunity at the water cooler because they were working at home, they have potentially suffered a disadvantage as a result of their absence from the office.

Similarly there was a link between training and promotion, so there needed to be conversations about how sessions where physical presence might previously have been necessary could be replaced by e-learning and webinars.

Proportion of people working from home

Meanwhile, figures released by the ONS yesterday, show that the Covid crisis saw the proportion of people working from home more than double in 2020, but it was still only a minority of workers who had taken to their bedroom PCs.

The Office for National Statistics said about a quarter of people (25.9%) had worked from home in 2020 (during the week before they responded to officials conducting the annual ONS population survey)  compared with 12.4% of workers in 2019.

However, there were marked regional variations revealed in the Homeworking in the UK Labour Market figures. The ONS found that 46.4% of people working in the capital said they worked at home at some point in 2020 with the highest proportion of home workers living in affluent suburbs. For example, 71% of employees who lived in the borough of Richmond upon Thames said they had already worked from home.

South Ayrshire came in with the lowest proportion of home workers at 9.1% with Burnley and Middlesbrough (14%) having the lowest figures for towns in England.

Overall, 48% of employees in England had experience of working at home at any time, 34% in Wales, 27% in Scotland and 25% in Northern Ireland.