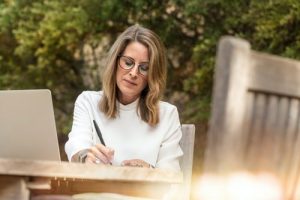 Employment support must be tailored to the needs of older workers who have been twice as likely to lose their jobs during the pandemic as those aged 25-49, a think tank has said.

The Resolution Foundation said that the quality of job support for workers aged 50 and over should be as high as the support it is providing to people aged 18-24 who have fallen out of work because of Covid-19 restrictions.

This could include the provision of a tax credit-style supplement to overcome the wage penalty older workers often face when returning to work after a period of unemployment, it has suggested.

Although the largest fall in employment has been seen among 18 to 24-year-olds over the past year (3.9 percentage points), the Covid-19 crisis has led to the “biggest annual employment fall for workers over 50 since the 1980s”, the think-tank claims (1.4 percentage points).

By comparison, the employment rate for people aged 25-49 fell by 0.7 percentage points.

If over 50s do re-enter the workplace after losing their job, their typical hourly earnings fall by 9.5% compared with their pre-unemployment earnings, the A U-shaped crisis report claims, while those aged 25-49 see their pay drop by 4% and those aged 18-24 see their pay fall by 5.1%.

“The cost of unemployment for older workers is particularly high. They take the longest to return to work – with fewer than two-in-three returning within six months – and experience the biggest earnings fall when they finally to return to work,” said Nye Cominetti, senior economist at the Resolution Foundation.

“In the face of the current crisis, unemployed older workers may have to either work for longer to make up for these negative employment effects, or retire earlier than they planned to.

“The government must ensure that older workers are not forgotten in the design and implementation of schemes created in the wake of the crisis to help people back into work.”

Alex Beer, welfare programme head at the Nuffield Foundation, which supported the research, said: “The economic downturn following the Covid-19 pandemic is likely to widen existing inequalities and will hit some groups harder than others.

“As this research shows, along with young adults, workers over 50 have been particularly likely to lose their jobs during the crisis. We urge the government to offer tailored support to older workers, including opportunities to retrain, adequate support to find new jobs and, for all workers, greater rights to flexible working.”

In the years preceding the pandemic, the number of over 50s in work grew substantially – particularly women. On the eve of the pandemic some 68% of women aged 50-64 were in work, compared with 46% in 1990. The 50-64-year-old employment rate in 2019 was 73%, higher than at any point since the Office for National Statistics’ Labour Force Survey data begins in 1975.