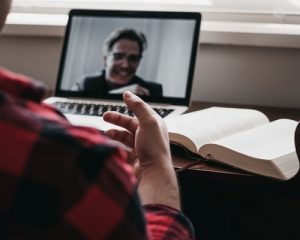 A new report from the Office for National Statistics (ONS) released today paints a mixed picture of working at home in terms of pay, rewards, promotion opportunities and hours worked.

But the ONS also pointed out that people who did some homeworking, tended to see “a higher reward from homeworking than those who either worked exclusively away from or at home. They are also more likely to hold managerial responsibilities and have attained higher qualifications”.

The report went on to say: “If accelerated homeworking trends persist, then an increased availability of jobs that offer remote working may allow the current labour pool to expand. This dislocation makes jobs accessible to a higher number of people, irrespective of where they live. This would reduce the level of skill mismatch in the economy as workers are better able to match their skills to new openings in the labour market.

“This would imply a more efficient allocation of labour which could therefore have potential implications for aggregate productivity.”

The ONS said it used the Annual Population Survey for the years 2011 to 2019 to understand pre-pandemic trends and then compared that information to 2020 data. Respondents were asked questions about their relationship with the labour market, including the extent to which they work from home.

The responses were then divided among four mutually exclusive categories, the ONS said. They were: