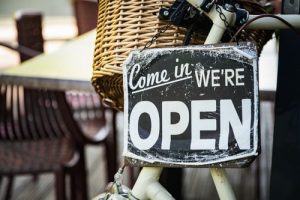 UK job vacancies have returned to the same level as before the first lockdown in April 2021, according to data from jobs database Adzuna and the Office for National Statistics.

The number of jobs posted online on 9 April was the same as the average for February 2020, likely to have been boosted by the re-opening of certain businesses requiring staff support.

According to Adzuna, total online job adverts reached 100% of their February 2020 average on 9 April, a 3 percentage point increase from the week before.

Sectors where hiring was strong included construction and logistics, both of which remained open for most of the pandemic. There was a more recent rise in adverts for retail and hospitality jobs, reflecting the recent easing of lockdown restrictions.

Catering and hospitality roles produced the largest increase between 1 April and 9 April, with vacancies rising by 10 percentage points to 58% of their average level in February 2020, and their highest since the start of the pandemic.

Healthcare and social care also enjoyed a notable increase in vacancies advertised, rising by 8 percentage points (although Adzuna pointed out that this was driven by a major recruitment drive by one company).

Scotland experienced the biggest increase in vacancies, with an increase of 12 percentage points in the number of job adverts, which were at 102% of the February 2020 average.

In London, the number of job postings compared to February 2020 was lower than other regions, reflecting the impact of employees working from home on retail and hospitality businesses in the capital.

The volume of job adverts increased in six out of 12 regions tracked by the ONS, fell in three, and stayed the same in three, according to Adzuna.

ONS data for the period between 17 and 22 March showed that 17% of the workforce remain on furlough, down just 1 percentage point from the previous recording period.

The level of employees travelling to a place of work in the working week to 11 April remained at just over half, at 53%, the ONS said. The number of workers operating exclusively from home decreased slightly compared to the previous week, at 28%.

Data from the latest monthly Recruitment Trends Snapshot report from The Association of Professional Staffing Companies (APSCo) also hinted at some recovery in the labour market.

APSCo found that permanent hiring was up 17% for white collar roles, while contract jobs were up 23% month-on-month. Year on year, hiring increased 6% for permanent roles and 29% for contract roles.

Andrew Hunter, co-founder of Adzuna, said this week’s figures were a “major milestone” for the jobs market.

He said: “Hiring levels are finally back to pre-pandemic levels, albeit via a very different looking labour market. Alongside continued strength in sectors like construction and transport and logistics, the sectors most vulnerable to pandemic pressures are now recovering.

“In the last week alone, hospitality and catering jobs ramped up significantly, rising 10 percentage points to 58% of their February 2020 levels, as restaurants and cafes reopen their doors and look to recoup some of the income lost during lockdown. Similarly, retail hiring is starting to recover as shops open.

“It’s great news for graduates looking for a summer job as well as the thousands of other jobseekers looking for work in retail or hospitality. The improvements hinge on the continued easing of restrictions and a recovering economy, but we are tentatively optimistic that this could herald the start of a new chapter for jobseekers.”

Minister for Employment, Mims Davies said: “Our progress along the road map is giving employers confidence – the jobs market is starting to recover and businesses are advertising new vacancies again, and it’s particularly pleasing to see our hospitality sector at the front of the queue for new recruits.

“With our Plan for Jobs we’re getting jobseekers of all ages back on their feet as we build back better.”