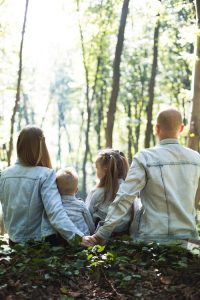 Six years since the introduction of shared parental leave and take-up is still just 2%. Will the pandemic bring about a shift in perception of fathers accessing parental leave or is there a need for a more drastic approach? Jo Faragher investigates.

In the early months of the pandemic in 2020, it was hailed as an equaliser for gender equality. Fathers were getting more involved in schooling, enjoying cosy family dinners because they hadn’t been stuck on the delayed 18.59 from Charing Cross, and beginning to understand some of the challenges faced by women, the majority of whom had taken on the role of primary parent.

Research from the Institute for Fiscal Studies bears this out: during lockdown, fathers nearly doubled the time they spent on childcare, it found. On average, they were doing some childcare for eight hours of the day compared to four during an IFS survey in 2015. According to Jane van Zyl, chief executive of the charity Working Families, around two-thirds of its member organisations saw an increase in flexible working interest from male employees.

But while this suggests employers are taking a more enlightened approach to fathers sharing the parenting load while holding down their job, key aspects of workplace policy are still playing catch up.

It’s around six years now since the introduction of Shared Parental Leave (SPL) by the then coalition government, but take-up of the right has never shifted beyond single figures. In 2018, although 285,000 couples could qualify for the leave, only 2% took it, according to the government’s own estimates. Analysis of HMRC figures by law firm EMW last year estimated the same proportion took it up, equivalent to just 13,100 couples.

The right enables parents to share up to 50 weeks of leave and 37 weeks of pay after having a baby, either taking time off separately or together for up to six months. The idea was that SPL would slowly help to close the gender pay gap by supporting women to return to work earlier while sharing childcare with their partners.

On the face of it, the right seemed to hit a progressive note similar to policies in countries such as Sweden and Germany, where men are encouraged to (and often do) take longer periods of leave than the two-week statutory period available under UK paternity leave. So why has take-up been so low?

“Pay is a big factor in poor take-up of shared parental leave,” says Van Zyl. “There is little doubt that a better rewarded scheme would see take up increase. In practice, mothers often take maternity leave because it’s better paid – especially during the early weeks.”

Van Zyl refers to the fact that while fathers can ‘share’ up to 37 weeks of paid leave, unless their employer chooses to offer this on full pay (as they often do for maternity leave), many men will only be eligible to receive £151.20 per week.

“This is around half what you’d get on the national living wage,” says Molly Mayer, senior research and policy officer at The Fawcett Society. “If you have a mortgage payment you just can’t afford to do it. What needs to come first is a system that enables fathers to take leave – this is essentially maternity leave that you can shift onto fathers.”

The difference in pay entitlements between maternity and SPL has been the subject of legal scrutiny, most notably in two cases: first, Capita Customer Management v Ali, where an Employment Appeal Tribunal decided it was not direct sex discrimination to offer enhanced maternity pay for 14 weeks but only statutory shared parental pay to a male employee.

In a second key case, Hextall v Chief Constable of Leicestershire Police, the EAT decided that men on shared parental leave could compare themselves to women on maternity leave for the purposes of indirect sex discrimination.

A more recent case, of Price v Powys County Council, found against a claimant who received statutory pay after his wife’s compulsory maternity leave ended, when a female colleague taking adoption leave was entitled to full pay. The EAT said adoption leave was “materially different” to SPL, so could not be a comparator.

While equalising pay across maternity, paternity and shared parental leave for many businesses might be unrealistic, a slowly growing number of employers now do so.

Carmaker Volvo was one of the most recent to announce this strategy, which offers 24 weeks of paid parental leave at 80% pay to all employees, regardless of gender. The global ‘Family Bond’ policy includes not just biological parents but those who adopt or choose to have children via a surrogate.

The policy was trialled in the EMEA region first, and 46% of participants taking it up were fathers, according to Gemma Denes, Volvo Car UK people experience director. One of the key elements of the policy is that this leave entitlement is considered the default, rather than being buried in a handbook somewhere.

Denes says: “You don’t have to take it but we encourage it and people feel supported in doing so, rather than thinking ‘should I, can I?’. We share stories internally around senior people taking up the policies so there’s a confidence to take it, as well as it being financially generous in terms of its offering.”

Senior role models choosing to take the leave can be an important factor in how comfortable male employees feel in taking a significant chunk of time off, she adds.

“People worry about what it will do to their career, but at Volvo we emphasise how this life experience is development in itself. What you gain from spending that time at home enriches your learning and development and adds a lot to the individual.”

The financial outlay for the policy will be justified in long-term engagement, attraction and retention of talent, as well as a chance to level out the gender pay gap, Denes believes.

Volvo Car UK is among a small but growing band of employers that can afford to offer universal paid parental leave. Insurance company Aviva offers 26 weeks on full basic pay to all employees, regardless of gender, sexual orientation or how they became a parent; Vodafone provides 16 weeks of fully paid parental leave globally regardless of length of service.

Both companies have reported positive results in terms of retention and more equal career prospects for women, but should it be down to the employer to offer above and beyond the statutory entitlement before men feel more comfortable accessing their right to extended leave?

In an article for Personnel Today last year, Nic Hammarling from workplace psychology consultancy Pearn Kandola argued that if organisations truly want to level the playing field for working mothers, they need to focus on paternity. This may seem counterintuitive, she said, but by making it more affordable and removing the stigma some men feel that taking more than two weeks off after the birth of a child will damage their career. France has lengthened leave specifically for fathers at state level: doubling the amount of paid paternity leave they can take from two weeks to a month from Jul 2021, with seven of those days mandatory.

Louise Weston, a partner at Pearn Kandola, believes this will help acceptance of fathers taking leave. “As well as financial barriers, a significant obstacle is the gendered expectations around the role of the mother and the father in family life,” she says.

“In the workplace, men aren’t ‘expected’ to be caring and therefore many are wary of the impact of asking for time away from work to spend with their children. Equally, for shared paternity leave, mothers often risk being seen as ‘cold’ for not wanting to spend as much time as possible with their new child.

“From the perspective of culture, we need to normalise men taking paternity leave by challenging the gender stereotypes that have assigned women as primary caregivers and men as breadwinners.This will help to promote greater gender equality across the board.”

One of the things that can make a major difference is making leave non-transferable, she adds. “Wider policy can significantly increase uptake – we know in countries like Germany and Sweden the introduction of well paid, non-transferable parental leave for fathers that is ‘use it or lose it’ has led to a substantial increase in the uptake of parental leave.”

Van Zyl agrees: “It has a really positive impact – giving fathers access to properly paid, non-transferable leave and pay has been shown to have a direct impact on the number of weeks of parental leave that fathers take,” she says.

“We’re calling for the government to introduce properly paid periods of leave designed for each parent. In the meantime, we’d strongly encourage more employers to level up parental leave themselves – which helps them to become employers-of-choice for working parents or anyone who knows they want to start a family in the future.”

But despite the introduction of more family-friendly policies such as the right to parental bereavement leave and plans to give new parents and expectant mothers greater protection from redundancy, we’re unlikely to see wholesale changes to parental leave and pay policies soon.

So as organisations put the finishing touches on their strategies for more flexible approaches to work in the coming months, they will need to look again at how their own policies support those practices, rather than assuming that a year of homeworking has redressed any imbalances in equality. It’s well documented that women are more likely to have been placed on furlough, for example, and could be likely to bear the brunt of any redundancy decisions taken by companies as the support grants are withdrawn in June.

“Fathers working from home now see the effort that goes into raising a child; they feel closer, they’re able to have those daily conversations and see what they’re learning at school. There’s more visibility of the harassment and things we go through as women on a daily basis,” says Mayer from The Fawcett Society. “But it remains to be seen how this will play out for equality if there are still systemic barriers in place.”