Is working from home as productive as it seems? 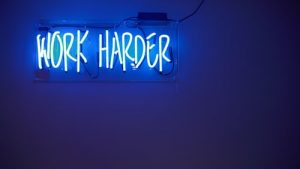 Employers are now more likely to say that homeworking has boosted productivity than they were in June 2020 according to a new report from the CIPD, yet remote work still proves controversial to some.

In June 2020, 28% of employers surveyed by the CIPD said they felt remote working improved worker productivity levels. In the latest update, from data collected between 14 December 2020 and 4 January 2021, a third (33%) said that they think productivity has improved.

Employers are also now less likely to say productivity has decreased as a result of homeworking, 23% said it had in 2021 compared with 28% in June last year.

Those who said it has not made a difference stayed at 38% year on year.

Many employers have already begun considering their hybrid work options for when staff can return to the workplace if they want to.

This week, PwC became the first of the Big Four firms to announced it would be allowing staff more flexibility.

Staff at the firm can now decide their own working hours and have the option to spend either two or three days at the office with the rest done remotely. Many will also be given half days on Fridays throughout July and August each year.

PwC chief people officer Laura Hinton told HR magazine that the past year has without doubt changed perceptions around homeworking and, though remote has been normalised, the office remains critical for networking, collaboration and learning opportunities.

“PwC has a long-term policy of empowered flexibility, but lockdown has shown that our people are just as productive when working from home more regularly. For me, it all comes down to a culture of trust.” Hinton said.

Trusting employees to balance their responsibilities, she added, could only be a good thing for productivity in the long run.

She said: “A blended way of working will be key to the future success of many companies.”

Other companies, however, will not be embracing the same flexibility.

David Solomon, CEO of multinational investment bank Goldman Sachs, made headlines in February this year when he dubbed working from home an ‘aberration’ rather than the new normal, and said he was keen for workers to return to the office full time.

The bank has since seen a backlash from its analysts about deemed ‘inhuman’ 95-hour work weeks.

HR magazine contacted Goldman Sachs on the CIPD’s findings, but the company declined to comment.

Ross Seychell, chief people officer at software company Personio, said that it was unsurprising that employers had seen more productivity with employees working from home. However, he said it was telling that only a third said productivity has increased.

Speaking to HR magazine, Seychell said: “On the flip side, some people have had more distractions at home – such as looking after their kids – and many have also been forced to work in less-than-ideal working environments. All of which may well have contributed to a drop in productivity.”

The value of face-to-face communication, he added, should not be undervalued as bonds can break down, and engagement, motivation and productivity can suffer without it.

“Ultimately, working from home has brought with it many benefits, and some people will have increased their productivity,” Seychell said.

“But this is not a universal experience; many employers and employees have struggled with the challenges brought by full time remote working.

“Going forward it will be important for businesses to strike a balance and empower their employees to be most productive.”

Based on the findings, the CIPD urged employers to consider flexible options beyond homeworking as it recognised not all roles can be done from home.

The body also restated its #FlexFrom1st campaign to make flexible working requests a day-one right for all employees.