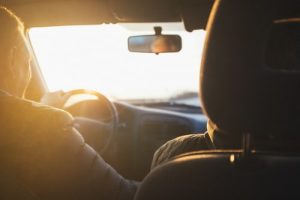 All 70,000 of Uber’s UK drivers will be guaranteed at least the National Minimum Wage, holiday pay and pensions, the company has announced.

Under the move, which recognises drivers as ‘workers’, drivers will earn at least the National Living Wage, or £8.72 per hour. The ‘worker’ classification is unique to UK law, and is separate from people who are ‘employees’.

The action, which takes effect from today [17 March 2020], comes a month after Uber lost a five-year court battle in the UK over drivers’ status.

However, the new benefits do not apply to couriers in Uber’s food delivery business, Uber Eats, who remain classified as ‘self-employed’.

Uber’s decision to introduce the changes is widely anticipated to shake up the gig economy in the UK and likely elsewhere around the world, where drivers in other countries are also taking legal action against the company.

The changes will form an earnings floor, not an earnings ceiling, Uber said. The new rates will come on top of free insurance to cover sickness, injury and maternity and paternity payments, which have been in place at the company since 2018. The amendments to Uber’s relationship with its drivers are:

At the same time, they will not be paid for the time they spend waiting in between jobs, news reports said.

A company spokesman said Uber hoped that “all other operators [in the private-hire industry] will join us in improving the quality of work for these important workers who are an essential part of our everyday lives”.