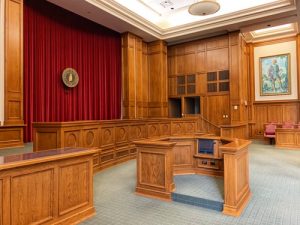 The Supreme Court is due to rule on the application of the National Minimum Wage (NMW) to “sleep in” shifts.

The case of Royal Mencap Society -v- Tomlinson-Blake was heard in the Supreme Court in February 2020. Mrs Tomlinson Blake is a care support worker for two men with autism and substantial learning difficulties. As part of her role, she is expected to “sleep-in” and effectively be on call, in case either resident requires support through the night. She was paid a flat rate of £22.35 plus one hour’s pay of £6.70 (a total of £29.05) for a sleep-in.

If she was woken in the night, she would not be paid for the first hour, but would be paid her hourly rate for any additional hours she was awake and required to work. It was accepted she was not given any specific tasks in the night, but she was expected to keep a “listening ear”, in case either resident required support. It was accepted that she was only called to assist 6 times in 16 months.

If the Supreme Court overturns the Court of Appeal and rules in favour of Ms Tomlinson-Blake, the care sector is estimated to face crippling claims for back pay of up to £400 million. This could result in the majority of care providers being put at risk of insolvency and many essential care homes closing.