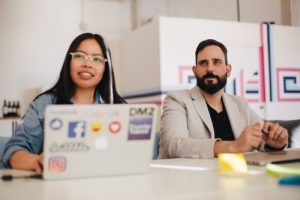 New research* that aligns businesses and their people, published today, reveals that 12 percent of UK HR leaders do not believe men and women should always receive equal pay for comparable work.

The survey of 260 senior HR professionals, in companies of 250+ employees, conducted ahead of International Women’s Day, suggests that gender discrimination remains a major hurdle to women achieving pay parity.

More concerning still, when asked why the two sexes should not be paid equally, the most popular reasons given included:

Even if there is no wrongful intention in the explanations provided, they are indicative of some of the primary causes of today’s gender pay gap, most notably occupational segmentation, undervaluing women’s work and motherhood pay penalties, which stifle the professional development of women and their advancement into more senior roles.

Interestingly, eight percent of respondents claim to have knowingly underpaid someone on the basis of gender, with female (10%) respondents more likely to knowingly do so than men (7%).

Meanwhile, more than a quarter (27%) of respondents’ organisations have had a pay complaint made against them, by an employee, in the last two years.

Pay gap Reporting
In line with pay gap reporting regulation, the vast majority (84%) of respondents affirmed that they had report on pay disparity at least once a year, with almost one in five (17%) claiming to report to their board every month.
However, just 35% of HR professionals stated that they had reviewed their pay rates by gender in the last 12 months. A figure that rises to 72% over 24 months.

While it’s hugely promising to see the high numbers of organisations complying with the gender pay gap reporting regulation, the significant drop in those who regularly analyse their pay rates by gender, suggests that GPG reporting may be seen as more of a box ticking exercise by many firms. If we are to stamp out casual workplace discrimination, such as that revealed in our survey, then leadership must demonstrate and communicate a willingness to change from the top down.”

Additional Measures
While gender pay gap reporting, by in large, is seen as a positive step towards reducing pay disparity, more still needs to be done. Respondents expressed a desire to see a number of additional actions to ensure equal pay for all in their organisations. The most popular of these include:

“The shift to remote working and widespread adoption of HR technologies, like the HRLocker platform, are providing HR professionals with unrivalled, data-led, insights into their people, enabling them to create more transparent, engaging and positive employee experiences,” adds Coleman.

“With HR leaders taking a more prominent role in c-suite discussion, there is an increasing demand to provide data-driven workforce recommendations. We’ve seen a notable rise in the requests for anonymised reporting features, which we expect to rise as more and more HR professionals embrace the many benefits technology brings to their roles.”