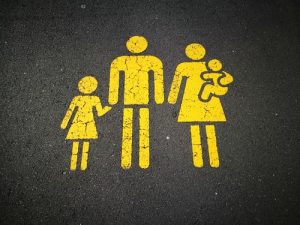 Some members of the British public are still not convinced that the gender pay gap exists, with 18% of Brits saying the gap is an example of political correctness going too far.

This scepticism results in Britons being classed among the least likely to prioritise tackling the gender pay gap as the country grapples with its recovery from the coronavirus pandemic.

Just over half (54%) said concerns over the gender pay gap were a response to a real problem.

Less than one quarter (21%) of the British public said closing the gender pay gap was important and should be one of the country’s top priorities.

This is much lower than other western European nationals such as France (51%), Spain (46%) and Italy (44%), and lower than the majority of other countries asked in the study from Ipsos MORI and the Global Institute for Women’s Leadership at Kings College London.

Ten per cent of Britons said the gender pay gap reports were fake news, compared with 44% who thought reports were telling the truth.

Men represented more than double the proportion of women who said the reports were fake (15% compared with 6%).

Julia Gillard, former prime minister of Australia and chair of the Global Institute for Women’s Leadership at King’s College London, said the world is at a coronavirus crossroads.

She said: “We face a choice between building back better or allowing progress on gender equality to stall or even be reversed. As the world decides which path to take, the good news is that the vast majority of people recognise that closing the gender pay gap is important.

“The bad news is that in many countries, people are less clear it should be a top priority right now, as we begin to reopen and rebuild society. But if we’re to have any chance of ensuring women don’t lose out further because of the crisis, we need to keep this issue high on the agenda.”

Across the 28 countries surveyed, 40% said more flexible working practices, such as remote or part-time working, were one of the most important things to help make sure the recovery from the pandemic addresses issues facing women. This was the top answer given by both men and women.

More support for women and girls who face violence and abuse (36%) and better access to healthcare services (33%) were seen as the next most important globally.

In Britain, flexible better mental health support services (36%) and better social care for the elderly or vulnerable (31%) were seen as most important after flexible working.

UK organisations have given an extra six months to report their gender pay gaps due to the pandemic, despite the House of Commons Women and Equalities Committee recommending that the usual reporting deadline of 4 April should be kept the same.

She said: “If the UK government does not do more to support equal pay for men and women, then it will become even more difficult for women to expect their employers to do the same.

While recovery from COVID-10 will be an uphill battle for business, it is essential that we do not make women suffer for the benefit of others.  The economic recovery of Britain must be fair across society and that starts with making pay between men and women equal.”