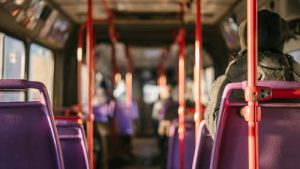 Accusations have been flying about that ‘irresponsible’ employers are putting employees under pressure to come into potentially unsafe workplaces when they could be working from home and so helping to spread the more transmissible variants of Covid-19.  Nic Paton tries to make sense of what appears to be a more complex picture.

Millions of UK workers are putting themselves and others at risk of Covid-19 because of inadequate sick pay and “pressure from their employers” to come into work rather than work from home, the Royal Society for Arts, Manufactures and Commerce (RSA) has warned.

The Observer newspaper, meanwhile, has lambasted “irresponsible” firms that, it argues, are exploiting looser lockdown regulations “to bring thousands of non-essential workers into sometimes busy workplaces”. A poll for the TUC has suggested that as many as one in five people have been going into their workplace unnecessarily.

Figures from Public Health England (PHE), too, have indicated offices have had more outbreaks of Covid-19 than any other type of workplace. An analysis by the British Occupational Hygiene Society, meanwhile, has argued higher deaths for Covid-19 are being reported among those working on production lines, among professional drivers and in customer-facing roles

At the same time, the government has been left with egg on its face after a mass outbreak of the virus at the Driver and Vehicle Licensing Agency in Swansea, with some 500 employees out of 6,000 staff contracting the virus since the start of the pandemic and 352 between September and December, in a situation that has been branded a “scandal” by the PCS union.

So, what is going on? Have unsafe workplaces been significantly contributing to the spread of Covid-19 during the current lockdown, especially now we’re faced with the more transmissible variants of the virus? Are workers being put under more pressure to come into work than in the first lockdown last year, as the government even seems to be partially implying in its hard-hitting “can you look them in the eyes?” lockdown advertising campaign?

Certainly, just looking at the figures, there does appear to be a question mark around the extent of workplace-based transmission of the virus.

The PHE statistics suggest there were 500 confirmed or suspected Covid-19 outbreaks in offices in the second half of 2020. The Observer highlighted figures from the Health and Safety Executive that suggested it had received 8,427 Covid-related complaints between 6 and 14 January alone, yet these resulted in enforcement action in just 81 cases. And government figures around fatalities for last year have indicated that public-facing roles such as restaurant staff, factory workers, security guards and taxi drivers do remain occupations where people face a higher risk of dying from Covid-19.

Insecure work and pressure from bosses

Perhaps most worrying from an OH perspective, however, is the RSA research. This has argued that 12% of workers polled said they had been ordered into work when they could have easily worked from home, 6% had carried on working even when they had Covid symptoms, rising to 8% of people in insecure work and 13% of self-employed individuals. Some 4% had returned to work within 10 days of receiving a positive test, with these percentages higher among those in more precarious or insecure employment. Many also felt they would be forced into work because they needed the money; only 16% felt statutory sick pay was sufficient for their needs.

As Alan Lockey, head of RSA’s future work programme, put it: “Our polling shows that millions feel forced to put themselves and others at risk of the virus because of insecure work, pressure from bosses, and the failings of our deeply inadequate welfare state.”

So, what can or should we be making of this? Looking at the latest lockdown, it does appear that, yes, traffic (road and public transport) is busier than during the first lockdown last year.

According to an analysis of mobility data by the BBC, car use in the latest lockdown has been down, but only at about 60% of pre-pandemic levels. This compares to a decline to 35% of pre-pandemic levels during the first lockdown. Equally, looking at Department for Transport data, trains, buses, the Tube in London and cars have all been being used more now than during the first lockdown, the BBC said.

Schools, too, do appear to be busier than during the first lockdown last year, with more people arguing they are in critical or keyworker roles and therefore able to send their children in. A survey by the teachers’ app TeacherTapp in January concluded that one in six primary schools in England had 30% or more of their normal roll attending, far more than last March.

Equally, figures from the Office for National Statistics suggest more people are now commuting into a workplace (even if not every day). Figures for the week ending 24 January, for example, concluded that 47% of people polled had travelled to work at some point in the previous seven days, while the percentage who were exclusively working from home was 34%. This compared to approximately 35% and 36% respectively back in May last year. Yet, at the same time the ONS also emphasised that the percentage of adults working from home during at least some of January was at its highest since June 2020, at 45%.

Clearly, therefore, it is a complex picture. Anecdotally at least, the feedback from OH practitioners to Occupational Health & Wellbeing by and large echoes this. Roads are busier than during the first lockdown, more ‘key worker’ children are in school, and more people are working in physical workplaces than during March to June last year.

“Frequently I have conversations about schools having more pupils, actual individuals and businesses who, according to the person telling me, are being ‘expansive’ with the term of essential work,” highlights OH advisor Anna Harrington.

But whether you can turn this into a narrative of “irresponsible” employers browbeating reluctant workers to venture back into potentially unsafe physical workplaces when they could just as easily be working from home is much less easy to stand up.

Many businesses, after all, have successfully adapted their working practices to enable people to come into work safely where before, in the first lockdown, they were still adjusting. Equally, many employers are now operating a much more flexible mix of workplace and home working.

As one OH practitioner makes clear: “We have more factory workers on site this time. But that’s more because during the first lockdown all vulnerable employees were supported to isolate at home not just those CEV [clinically extremely vulnerable] who were later issued with shielding letters.” However, she also emphasises that: “Office staff are back to strictly essential only and need senior manager authorisation to be on site.”

During the first lockdown many manufacturing sites shut as employees were furloughed and supply lines across Europe ground to a halt, meaning they had little choice but to send people home anyway, adds practitioner Sharon Gee. “This time we have lots more work and employees on site. Only CEV furloughed. Trying to keep manufacturing within control measures, which is challenging. Office staff still working from home since March 2020,” she explains.

“There does appear to be a shift and work tasks recommenced that were previously put on hold – broadening of definition of ‘essential tasks’,” agrees another practitioner. “However, this may reflect the fact that some tasks could be delayed in short/medium term only and now have to be completed,” she also points out.

‘Push’ from some employees to get back into work

The first lockdown shielding advice was more “broad brush” than now, in that arguably it included some people who might not necessarily be perceived as CEV this time round, concedes practitioner Sharon Naylor. At the same time, after a year of lockdowns and restrictions, there is also an element of ‘push’ from some employees struggling with home working who are keen to get out of their home offices and back into their workplaces, if it is felt safe to do so.

“There are those who are CEV who want to be in work despite their health issues because they fear the impact of shielding on their mental wellbeing,” she points out. This had led to an increase in EAP use, alongside employers going out of their way to flag it up as a resource available.

Either way, with many workers anxious about the ongoing health and wellbeing consequences (both mental and physical) of going into the workplace and the challenges of long-term working from home, the imperative needs to be for occupational health to continue to provide balanced, authoritative risk management and infection control guidance and leadership to employers and employees alike.

As Naylor points out: “I think a key issue is that people are frightened. First time around they were all told to stay home and yet now they’re ok to come into work. It makes life very difficult for employers who are simply trying their best, especially if performance dips during home working.”