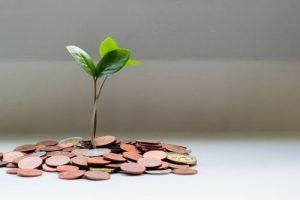 More than 125,000 organisations have repaid some or all of the furlough grants they received from the government.

Some £700m given to employers under the Coronavirus Job Retention Scheme has been handed back to the government to date, according to data obtained by Yahoo Finance UK.

The data was revealed following news that the furlough scheme will continue until the end of September. Chancellor Rishi Sunak is expected to say more when he delivers his budget in the House of Commons this afternoon.

Organisations including Ikea, Barratt, Serco and Taylor Wimpey are among those that have handed back furlough money to HM Revenue & Customs and, earlier this week, Halfords revealed that it planned to do the same.

However, while the repayments have been welcomed by HMRC, the total monies returned represent just 1.3% if the £53.8bn claimed by employers under the furlough scheme. Repayments include corrections for past errors as well was voluntary refunds by organisations.

Employers that want to repay some or all of their grants can either do so by making a correction in their next claim to HRMC, or can pay the money directly into HMRC’s bank account after they have obtained a payment reference number.

Around 4.7 million jobs were being supported by the CJRS at the end of January 2021 with more than 11 million in total being protected since the scheme began in March 2020.

The CJRS was due to end on 30 April, but following Boris Johnson’s announcement that most restrictions on social contact will not continue after 21 June (at the earliest), Sunak announced that it would be extended in the budget “to help business and individuals through the challenging months ahead – and beyond”.