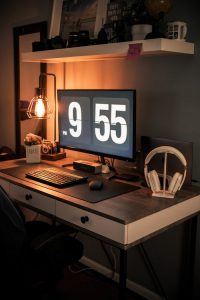 More than half of UK employees say they they have been expected to work outside of regular working hours during lockdown, contributing to many people reporting some negative effects of burnout since home working began.

Working from home is exacerbating an “always on” culture, according to data from a study of UK employees that showed 55% of respondents were struggling to keep their workloads within working hours.

These increasingly blurred lines between work and home were creating a “cycle of fatigue” for UK employees, said the authors of the 2021 Working from Home Study, compiled by virtual team-building specialist Wildgoose.

Nearly half (44%) of employees found that they had a heavier workload since working from home and have asked for it to be reduced, the study found. Following on from this, almost a third (31%) had seen a direct impact on their mental health, stating they have felt depressed, anxious, or suffered from exhaustion.

The study also raised concerns about whether employees were taking sick leave to tackle physical or mental illness with nearly a third of employees (29%) stating that they had worked through illness. The authors suggest that HR teams needed to encourage employees to take sick leave when needed and effectively communicate the company’s position on sick leave when working from home.

Medium-sized companies had the highest rate of employees (42%) who had worked through illness while working from home, Wildgoose found. Employees at the same category of company also reported having the greatest workload – 58% said they have had an increased workload over the last year working from home.

Unsurprisingly it was found that parents were particularly susceptible to fatigue, with more than three quarters (81.25%) of parents stating they had felt this when working from home, partly with the need to home school and look after children. Nearly half (42%) of UK parents wanted their company to provide childcare support through flexible working hours, online learning support, or other initiatives.

Wildgoose managing director Jonny Edser stated: “The lack of casual communication with colleagues during the working day is making employees feel more isolated and less motivated without the natural breaks away from work. It’s crucial not to underestimate the difference that investing in meaningful interaction can make.”

Dr Aaron Turner, founder of mental wellbeing-at-work firm One Thought, described the dangers of the “always on” work culture: “When people have an unclear mind, overloaded with stress and pressure – there is fatigue and burden to every minute worked. In addition to this, people tend to think about work in a ‘sped-up’ state of mind outside of working hours.

“We tend to overlook the fact that the impact of longer working hours will depend more on the state of mind we are working in. Our state of mind determines the level of stress and distress we feel, how clearly we think and our ability to step back, take a break and even our ability to sleep easily. If you feel ‘always on’ this suggests you are overthinking. We suggest you approach things in a way that avoids increasing the speed or volume of thought. So allow yourself to focus on one thing at a time without thinking about anything else in your day or on your calendar.

“We would recommend HR teams prioritise listening above all else, especially during times like these. Make sure your staff know they can come to you with any struggles or issues. Most importantly, listen with an open mind.”

The study asked employees from 133 companies throughout the UK how working from home has impacted them.

Last August, a Harvard University study that analysed aspects of millions of employees’ work patterns of found that remote staff worked 48.5 minutes more per day. And the EU’s Eurofound agency has found that a third of remote workers use their free time several times a week to complete work tasks – and are more likely to exceed the EU’s Working Time Directive than workers in offices.

In France a “right to disconnect” law was introduced in 2017 that requires companies with more than 50 employees to set out times when staff should not be sending or answering emails. Some other European countries, such as Spain and Italy have followed suit with Ireland also now exploring exploration to constrain remote workers’ hours. Businesses in some countries have not waited for legislation and implemented policies themselves – Eurofound cites Volkswagen in Germany, which from 2011 stopped email servers from sending emails to the mobile phones of employees between 6pm and 7am. Allianz and Daimler are among other firms in Germany with similar policies.

There are now moves afoot to potentially create a level playing field on the right to disconnect across Europe, with a vote massively in favour of it in the European Parliament last month. About 470 MEPs voted in favour of asking the European Commission to draw up a law on the issue (with 126 against).  However, whether it is achieved by law or by companies voluntarily changing their workplace culture is yet to be seen.