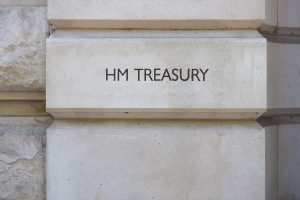 HM Treasury in the United Kingdom released its sixth direction concerning the Coronavirus Job Retention Scheme on 26 January 2021. Many of the central features of the furlough scheme have not changed, including the level of the government’s contribution to employees’ wages. However, certain dates have been amended and the direction addresses issues that employees on variable pay would have faced under the scheme had the latest changes not been made. Employers will also be interested to know that HM Revenue & Customs has started to publish details of companies that have made claims through the scheme since December 2020.

Further to an announcement by UK Chancellor Rishi Sunak on 17 December 2020, the latest directive confirmed that the Coronavirus Job Retention Scheme (CJRS) has been extended for an extra month until 30 April 2021. This will mean that the scheme is set to run for over a year (having been introduced on 20 April 2020).

The deadlines for CJRS claims and any amendments have been revised:

What has Stayed the Same?

Under the extended CJRS, the government will continue to pay employees 80% of their salary for hours not worked, up to a maximum of £2,500 per month. “Flexible furlough” (a feature introduced in June 2020) will still be possible, meaning that employers will be able to place employees on furlough on a full-time or part-time basis, and there is no minimum or maximum period for which an employee can be placed on furlough. Employers must still pay for furloughed employees’ National Insurance and employer pension contributions.

Further, employers will be unable to make CJRS claims for furloughed employees serving notice periods. This was a change introduced in December 2020, before which employees were able to claim CJRS grants in respect of notice periods.

HMRC published its first list of employers that have claimed through the CJRS on 26 January 2021. The list, and subsequent data about employers making CJRS claims due to be released from February 2021, can be accessed online. It seems that, so far, HMRC has only published company names, but from February it is also due to publish details of

It is thought that HMRC’s primary goal in publishing this data is to reduce the volume of “furlough fraud” that has been reported since the scheme began in April 2020. This follows a report by the National Audit Office (NAO) published in October 2020 highlighting the considerable risk of fraud associated with the furlough scheme (HMRC’s fraud hotline had received more than 10,000 reports by the date of the NAO’s report). It is also likely that HMRC hopes that publishing these details will disincentivise some employers from using the scheme when they do not have a real need to do so, as they will want to avoid any perceived negative publicity.

Employers are reminded that the latest government guidance states that an employer can only take advantage of the CJRS in circumstances where it “cannot maintain [its] workforce because [its] operations have been affected by coronavirus.”

However, it is possible for an employer to request that HMRC does not publish the details of its CJRS claims if it can provide evidence that doing so could lead to violence or intimidation toward the employer itself or someone associated with its business or living with the employer. The data published by HMRC will also not include employers that have paid back their CJRS grants in full before the data in relation to that month is published.