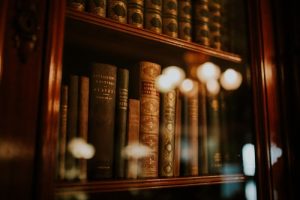 Stephen Simpson looks at five important employment law cases that will grab the headlines in 2021, covering significant issues such as the national minimum wage for sleep-in workers, inducements to workers to give up collective bargaining rights, and the calculation of holiday pay.

In this eagerly-awaited employment decision, the Supreme Court is due to decide if national minimum wage legislation requires “sleep-in” workers to receive the minimum wage for hours during which they are asleep.

The Supreme Court has heard the appeal against the Court of Appeal’s decision that the national minimum wage legislation requires sleep-in workers to receive the minimum wage only when they are awake and “available” to work.

The case has serious implications for employers that have staff who sleep at work until called upon, such as care workers. However, there has been disappointment at the length of time it is taking for the Supreme Court to publish its judgment – after all, it heard the case on 12 and 13 February 2020.

Can employers bypass unions with direct pay offers to employees?

In the most important trade union case for years, the Supreme Court is examining trade union legislation that prevents employers from offering incentives to workers to influence their relationship with unions.

In this case, the employer had reached a stalemate with the recognised trade union over a pay package and Christmas bonus. It wrote to its workforce directly, offering them a deal and threatening consequences if they rejected it.

The Court of Appeal controversially held that the purpose of the trade union legislation is to prevent inducements to employees to opt out of collective bargaining altogether, and not to give trade unions a veto on minor changes to the terms and conditions of employment.

The Supreme Court is expected to hear this complex case about the calculation of holiday pay for term-time workers.

The case challenges the common approach (recommended by Acas) of calculating term-time workers’ holiday pay at 12.07% of their earnings from the previous term.

The Court of Appeal accepted that this method results in a shortfall in holiday pay for term-time workers, and that their holiday pay should be calculated based on average weekly remuneration over the previous 12 weeks (since amended in the legislation to 52 weeks).

The Supreme Court is expected to hear the case on 9 November 2021.

The largest equal pay group action in the private sector rumbles on in 2021.

Here, Asda supermarket workers, mostly female, are contending that the work they do is of equal value to the work undertaken by their predominantly male colleagues working at Asda depots.

On 13 and 14 July 2020, the Supreme Court considered the preliminary issue of whether or not the supermarket workers are able to compare their pay with that of the depot workers.

The Supreme Court’s judgment is awaited in 2021. A ruling in favour of the Asda claimants would mean that the case will go back to the employment tribunal to decide if the work is of equal value.

Employment status in the gig economy: the final word?

This high-profile case has hit the headlines for the past few years but the proceedings will end this year when the Supreme Court delivers the final judgment.

The decision is hotly anticipated by employers in the gig economy because it has significant implications for their business model. This is because worker status entitles individuals to receive basic worker rights such as the national minimum wage and paid annual leave.

The Supreme Court heard Uber’s appeal against the Court of Appeal decision on 21 and 22 July 2020. The judgment is expected in 2021.