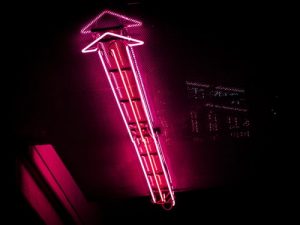 The number of active job adverts in the UK rose to a new high in the first week of December, after growth in the labour market stalled during England’s month-long lockdown. There were 1.40 million active job postings between 30 November and 6 December, the highest weekly total of 2020.

The number of active job adverts in the UK rose to a new high in the first week of December, after growth in the labour market stalled during England’s month-long lockdown. There were 1.40 million active job postings between 30 November and 6 December, the highest weekly total of 2020.

This should give us renewed confidence that the jobs market will bounce back in 2021, despite the continuing threat of COVID-19. News that the vaccine rollout has begun should also boost positivity among businesses and consumers.

“After a very difficult year, we have seen the jobs market recovering over the past few months, and I am optimistic that this will continue in 2021. Employers will always want to create new jobs where they can, and as the vaccine rollout continues and health restrictions ease, we should start to see that happening more. The recovery of city economies should also accelerate.

“However, we should be under no illusions that jobseekers and businesses will need help from Government to adapt to the changed economy. That means working closely with recruiters, the country’s job experts, to get more people back into work, as well as incentivising job creation through tax policy and more effective skills training. In this context, avoiding the economic disturbance of a no deal will also be a vital step to supporting jobs. It’s time to get the deal done.”

The only region which saw a fall in active job postings was north-west England, where the 2.7% drop in postings was focused mainly in Mid Lancashire (-9.3%), now under England’s highest level of restrictions. It is worth noting, however, that the north-west had a stronger recovery earlier in the autumn.

There was a significant increase in job adverts for vets (+18.1%) in the first week of December, as well as veterinary nurses (+8.0%). This may be due to the impact of Brexit on the profession, with a high proportion of vets in the UK coming from the EU, and potential changes in food safety and animal welfare standards.

There was also growth in adverts for fitness instructors (+6.0%) as gyms re-opened in England last week, as well as medical practitioners (+6.8%) and physiotherapists (+5.3%).

Meanwhile, there was a fall in adverts for tax experts (-19.9%) as well as skilled trades like welders (-6.6%), glaziers (-6.5%) and roofers (-5.7%), as demand for their services drops over Christmas and New Year. There was also a decline in active postings for warehousing roles (-6.4%), which is likely to reflect normalisation after a spike of hiring in previous months as firms prepared for the festive period.

“It has been encouraging to see a steady increase in overall recruitment activity across most of the nation during the last couple of weeks, and this confirms the latest government estimates that national job vacancies levels have now peaked over half a million.

“One slight note of caution, however, is that whilst the total stock of job postings has increased, there has been a slight slowdown in new job posting activity over the last month.

“This is apparent across all UK government regions, with the exception of Northern Ireland. For example, the East of England has seen a 14% decrease in new postings over the last fortnight, whilst the North East and East Midlands have declined by 11% and 10% respectively.

“There are a number of possible reasons for this. It may be related to the time of year, when hiring activity traditionally winds down, or perhaps because organisations are pausing on new hiring activity until there is greater clarity on a Brexit ‘Deal or No-Deal’. It is also possible that some vacancies are proving harder to fill in certain sectors or parts of the country, meaning that some job postings are being kept up for a longer time than would ordinarily be the case. Whatever the reason, we should get a clearer picture in the first few weeks of the New Year.

“With redundancy levels now moving beyond levels we saw during the Financial Crisis, 2021 is going to be a critical year for the nation to rebuild, reskill and get back to work.”