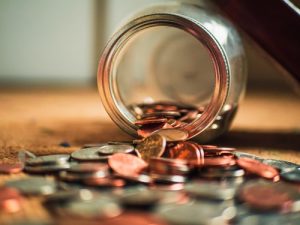 Instead of stopping at the end of the March, the CIPD has recommended furlough is extended to June to create support for firms to train staff and provide outplacement programmes for those who will be made redundant.

Cheese reasoned that during the first few months of 2021, the roll-out of a coronavirus vaccine would still be in its early stages and so the trajectory of infection remains uncertain for the first quarter of the year.

Eugenio Pirri, chief people and culture officer at the Dorchester Collection, which has had to close its hotels throughout the pandemic and furlough members of staff, said that additional support during this period would be welcome.

Speaking to HR magazine, Pirri said: “As we begin the vaccine time period, we are all hopeful that this will bring positive outcomes in the future and provide confidence in a return to normal business and trading. However, until this happens, we will continue to need support from the government in ensuring people remain in employment and survive these challenging times.”

Joy Breen, head of HR at Wanstor, agreed that further extension of the scheme would be the helping hand that many businesses need.

She told HR magazine: “There are jobs and businesses that are hanging by a thread, it would be a real shame to stop the support when they are so close to coming out the other end.

“There are some industries and consumer behaviour that has been permanently altered by the events of the last year. The government should campaign for people to understand their transferable skills and identify how they can be applied to alternative roles, in job markets that are doing well or are under resourced.”

The CIPD has called for government to begin winding down the furlough scheme in 10% increments between April and June, ending with a 60% wage subsidy for employers in the final two months.

Pirri also advocated for a gradual removal of the scheme, but said it should not be considered until the risk of infection is limited.

He added: “For now, the scheme should continue in its current state past March if this is not the case and a gradual reduction should not be applied until then.”

As of 15 November, the scheme had already cost the UK government £43 billion and so Cheese recognised that there would be concerns about the price of extending the CJRS.

However, he argued that not extending the scheme may be more costly to the economy.

“The government will of course be concerned about the cost of extending furlough beyond March but its calculations must take full account of the costs of not doing so. These include a significant increase in the number of people claiming Universal Credit, and reduced confidence and spending power in the economy at a time when both have never been needed more,” said Cheese.

“Jobs that are lost over this period are also likely to feed into long term unemployment as recruitment and onboarding costs will mean cash-strapped employers will hesitate to hire permanent staff again until they are certain about the strength of the economy.

“If we are to achieve economic and jobs recovery in the second half of next year, the government must raise its ambition on job protection and investment in skills.”

The government’s furlough scheme was extended to March 2021 in November this year.

Though a welcome move for businesses weathering a second lockdown and difficult winter months ahead, there remained concerns about how the extension would impact employee wellbeing.

By March 2021, some employees may have spent a whole year in limbo while on furlough from their employer.

Due to employer discretion considering wage top—ups to the full 100%, there are also concerns that many already low-paid workers are being paid less than national minimum wage for the months they are unable to work.