Two-thirds would get Covid-19 vaccine when offered 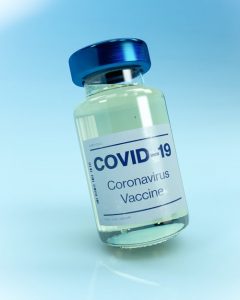 Two-thirds of adults in the UK say they would be willing to have the Covid-19 vaccination as soon as possible, but there are a number who still remain sceptical about the jab.

A OnePoll survey of 2,000 adults commissioned by remote medical appointment software company Medicspot found that 17% would refuse to get a Covid vaccination, while 19% were unsure whether they would.

People aged 25 to 34 were the most sceptical, with 31% in this age group stating they would not get the jab. Only 8% of those aged 55 and over would decline the vaccine when it is offered to them.

Fifty-seven per cent said it should only be mandatory for people who are at greater risk of complications if they catch Covid-19.

The government has already stated that getting the vaccine will not be a legal requirement.

Dr Johnson D’souza, medical director at Medicspot, said: “In the space of one month we’ve had three vaccines announced, which has been an incredible achievement from everyone involved in the fight against Covid-19.

“It is comforting to know the vast majority of the public is supportive of the vaccine.”