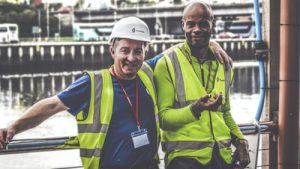 The number of unemployed over-50s has leapt by a third in a year – well above the increase across all age groups, analysis has found.

Across all age groups, the unemployment level between the two periods increased by 24%.

Younger workers – who are widely thought to have been affected the most by the pandemic due to mass redundancies in sectors such as hospitality, leisure and retail – saw lower levels of unemployment growth than older workers.

The analysis of Office for National Statistics data was conducted by Rest Less, a jobs board and careers advice website for the over-50s.

“There is no doubt that we are facing a youth employment crisis right now, but less well documented is the fact that we are also facing a long-term unemployment disaster among older workers,” said Stuart Lewis, Rest Less founder.

“Not only have we seen a rapid rise in unemployment in the over-50s since this time last year, but our previous research has shown that once unemployed, they are significantly more likely to remain in long-term unemployment than their younger counterparts.”

“The over-50s are a group of highly work and life experienced people who offer huge value to employers: not only do they have decades of work experience under their belts but they also bring an important set of life skills to the table as well as attributes such as loyalty, resilience, empathy and an ability to think laterally,” he said.

Analysis of official figures by the TUC found that more 16 to 24 year olds were made redundant in the summer of this year than the whole of 2019, and there are now fewer young people in employment than during the 2008 financial crash.

Dr John Philpott , an economist and consultant at The Jobs Economist, said: “The popular view that the Covid-19 pandemic has harmed older people more than younger people in terms of ill health but hurt the young far harder when it comes to jobs does not tell the entire story.

“With the level of job vacancies far below the pre-pandemic high, jobseekers of every age are struggling to find work and endemic age discrimination is making it doubly difficult for unemployed people aged over 50 whose number is climbing fast. It’s vital therefore that government measures to combat the economic impact of Covid-19 do not overlook the plight of older jobseekers.”

Earlier this year, the Centre for Ageing Better and the Learning and Work Institute called for more support for over 50s to retrain or gain a new qualification to help improve their employment prospects. They found one in 10 male and eight in 10 female workers in their 50s and 60s faced a significant risk of losing their job this year.