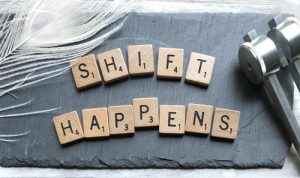 The number of women applying for senior roles at Zurich in the UK leapt by a fifth last year after it began advertising most of its jobs with flexible working options and ‘gender neutral language’.

The insurance company began to advertise the majority of its vacancies with the option of part time, full time, job share or flexible working, after it noted few women were applying for senior positions and sought to narrow its gender pay gap.

Many of its senior roles had not previously been available on a part time or flexible basis and female employees reported that the perceived lack of flexibility deterred them from applying for a promotion.

Between March 2019 and February 2020, Zurich advertised four out of five vacancies using the new part-time wording and language it considered to be gender neutral. These are all the jobs that the business deemed possible to be carried out more flexibly.

Since making the change, the firm has seen a 16.4% increase in female applicants overall and a 19.3% rise in women applying for senior roles in particular. The number of women hired into senior positions as a direct result of the initiative increased by a third.

Overall the company attracted double the number of applications from both males and females for every role and saw an 8% increase in the number of part-time employees who felt a sense of “belonging” at the firm.

A spokeswoman told Personnel Today that the firm used language insights from Textio to remove ‘overly-masculine’ words such as ‘tenacious’, ‘fast paced’, ‘authority’ and ‘determine’ from its job adverts. Words such as ‘inclusion’, ‘contributing’, ‘meaningful’ and ‘encouraged’ were used more frequently.

Zurich head of HR Steve Collinson said: “Flexible working can help tackle diversity and inclusion issues we’ve all been battling with for many years.  Embracing part-time and flexible work is not a silver bullet.  But we’ve seen hugely encouraging results, simply by adding six words to our job adverts.

“By offering roles that fit flexibly around family life, employers could open the floodgates to a much wider pool of untapped talent. This will also help women progress into higher paid jobs whilst fitting other commitments around their careers. Workers want a new deal and there’s a danger that businesses that don’t get on board, won’t be able to compete for the best and brightest minds.”

Baroness Berridge, minister for women, said: “The benefits of flexible working have really been emphasised during recent months. We want to see more employers embracing practices such as working from home and returners programmes, which can have a positive impact for both men and women.

“Zurich’s work in this space has proven how effective a simple change to a job advert can be for workplace equality. It is vital that more employers take this on board as we seek to increase opportunities for everyone in this country.”

The findings form part of a wider study commissioned by the government and carried out by the social ‘nudges’ organisation the Behavioural Insights Team.

Under the proposed Employment Bill that was announced last year, employers would be required to advertise every role as one that can be done flexibly by default, unless they have a good business reason not to.

A separate study conducted by the Gender and Behavioural Insights programme earlier this year found that recruiters who were prompted to consider flexible working when posting a job on Indeed were 20% more likely to list flexible work options. Their adverts also attracted 30% more applications than those that did not offer flexible working.

Commenting on Zurich’s findings, Agata Nowakowska, area vice president at learning provider Skillsoft, said organisations needed to question whether they were doing enough to remove gender discrimination in the workplace.

“This starts with the recruitment and promotion process. As this report highlights, women are more likely to apply for senior roles if they offer flexibility and gender-neutral language,” she said.

“Companies should continue to identify talented women and look for the best career paths to accelerate their growth and impact, despite juggling work and home commitments. After all, gender equality isn’t just an issue for females in a business, it affects the organisation as a whole. Women bring a different dynamic, different thinking and different strategies – so why not have equal representation of genders when it comes to the boardroom?”