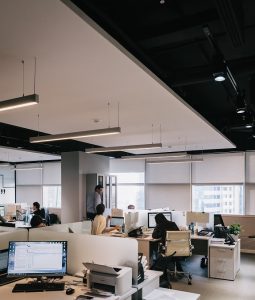 Following the announcement that the Coronavirus Job Retention Scheme will be in place until March 2021 and will cover 80% of wages again, Sungjin Park looks at some of the practicalities for HR.

Last week chancellor Rishi Sunak announced an extension to the furlough scheme to coincide with the second lockdown in England. This came as a surprise given the chancellor’s firm stance against an extension in recent months.

Put into the context of the second lockdown, however, there was an element of inevitability about this decision. For now at least, the planned introduction of the Job Support Scheme (JSS) has been put on hold and there is a good chance that it may never come into force given the length of the extension, until March 2021.

There are three main components of the extended scheme for employers.

Firstly, the extended scheme allows employers and employees to take advantage of the scheme, even if they haven’t done so before. You may recall that the scheme had previously been closed to new entrants from July 2020 with limited exceptions for those returning from family-related leave or TUPE. Due to the introduction of new Covid-19 restrictions, opening the scheme up to more entrants was a logical step to take and it means that those who had not previously claimed under the scheme are now eligible to claim under it, so long as they meet all other qualifying criteria. This provides a much needed flexibility for employers to be able to furlough staff that they would not have been able to before.

Secondly, at least until 13 November 2020, the scheme is allowing employers to put in place retrospective furlough agreements if they wished to take advantage of the scheme from the first day of November. This provides some breathing space to put agreements in place, unlike under the previous scheme which technically left no room for retrospective agreements at all.

Last but not least, the level of support from the government has increased and gone back to the August level, which is 80% of pay for unworked hours (whether fully furloughed or flexibly furloughed) but national insurance and pension contributions must be covered by the employer.

What does this mean for redundancies?

The furlough guidance has always made it clear that employers wishing to make redundancies can do so whilst those employees were on furlough, including carrying out redundancy consultations. This stance hasn’t changed under the extended furlough scheme. But there was always a question as to whether it would be unfair to dismiss employees for redundancy reason whilst the option of furloughing was in play. The prevailing view has been that:

The above view has not changed and there is only so much interference that the government can impose on businesses making strategic decisions about their workforce.

The increase in wage subsidy back to 80% means it is particularly attractive to put employees on furlough to take full advantage of the new support.”

What about paying back furlough funds and furlough fraud?

We are seeing a change in how companies are approaching the furlough scheme this time around. There have been a few high profile names that have previously paid back furlough money to HMRC, but are choosing not do to so this time. This is perhaps a reflection of the economic hardship that businesses are feeling, as the expectation that the economy can restart has been quickly dashed by the second lockdown.

In addition, the increase in wage subsidy back to 80% means it is particularly attractive to put employees on furlough to take full advantage of the new support.