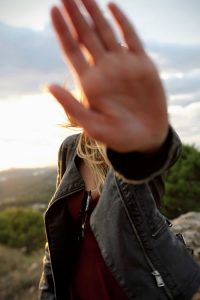 The spike in calls to helplines and reports of domestic abuse during lockdown is sadly not limited to the UK. The global stats make for just as sober reading as UK ones. Abuse does not discriminate geographically.

The UK’s alarming rise in calls for help is mirrored around the world through Europe, Asia, and South America. In Hubei province, China, domestic violence reports more than tripled in one month in one country, from 47 last year to 162 this year.

In Spain, calls to a Catalan government helpline rose by 20% in the first few days of the confinement period. In Cyprus, calls to a similar hotline rose 30% in one week after its first confirmed case of coronavirus.

The potential scale is horrifying.

In a glimmer of positivity, governments the world over are acting and innovating in the face of this unprecedented crisis. In Spain, where citizens can be fined for breaking lockdown rules, the government has told people they will not be fined if they leave home to report abuse.

In Italy, a ruling has been passed that demands in situations of domestic abuse, it is the perpetrator that must leave the family home. A perhaps simple policy tweak that is also a literal lifesaving gamechanger.

Police in India’s Uttar Pradesh, a state which has one of the worst track records on violence against women in the country, have launched a new domestic violence helpline as cases surge. “Suppress corona, not your voice,” was the brilliantly simple but hopefully effective slogan used in local papers.

Governments are tuning in, money is being committed, and policy changes are being made. They are welcome and necessary, but there is another layer of society in place in every country that can play a crucial role in tackling domestic abuse- business.

The Employers Initiative for Domestic Abuse was founded on the premise that employers have a unique vantage point and are able to provide a private source of invaluable support for employees who may be experiencing abuse; as well as deliver training and education to staff and their sectors on how to spot signs of abuse and help someone who may be suffering.

The urgency of our cause has never been more acute; and the role of employers never more pertinent.

We have been delighted to see our members with offices in multiple countries and customers all over the world, playing their part not just here in the UK, but internationally. They are uniquely placed to play an integral role in tackling domestic abuse, and they are acting.

Lloyds Bank committed to providing crisis accommodation for their European employees if they needed help during lockdown. Vodafone has expanded the international roll out of Bright Sky, a free app which connects victims of domestic violence and abuse to advice and support services.

Created in partnership with the UK-based crisis support charity Hestia, the app enables users to locate their nearest support centre by searching their area, postcode or current location. Countries using the app include the Czech Republic, Ireland, Italy, Malta, Portugal, and Romania.

Teams from PRA health systems, an international clinical drug development company, participate regularly in initiatives to give back to their respective communities. Their team in Singapore for example, met and spent time with children at the Salvation Army Haven Children’s Home which cares for young people affected by domestic violence.

There is action being taken and change being made.

Our international members are playing their part because they know that tackling domestic abuse is everyone’s business.