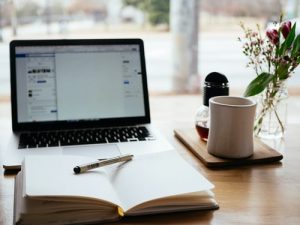 670,000 CVS uploaded in a month as govt support scheme ends

Two thirds of a million UK workers (670,000) uploaded or updated their online CV during the final weeks of the furlough scheme, according to data released today by Indeed, the world’s largest job site.

The eleventh hour spike represents a quarter (24.6%) of the 2.7 million CVs refreshed or added to the site over the past six months[1].

With HMRC data showing that employers were still relying on the Government’s furlough scheme to pay the wages of more than three million workers in September, the withdrawal of furlough this Saturday could push millions out of work.[2] In September alone, more than 1,700 employers notified the Government that they intend to make large scale redundancies, cutting more than 20 jobs each[3].

Furlough will be replaced by a new Job Support Scheme, but it remains unclear whether it will protect as many jobs as its predecessor. Even with the support of furlough, official data records that 673,000 payrolled employees lost their jobs between March and September[4].

A third (32%) of those who uploaded a new CV or refreshed their existing one on Indeed listed more than 10 years of work experience, while half as many CVs (16%) came from younger workers with less than two years of professional experience[1].

There’s a higher incidence of job titles such as team leader and assistant manager among the CVs of jobseekers with over 10 years of experience, suggesting that middle management positions are being lost as well as the junior roles dominated by younger workers.

Among the CVs uploaded or updated on Indeed during the past six months, four out of the 10 current jobs most commonly cited by applicants are retail roles. Sales assistant is the most frequently cited job of all, with warehouse operatives making up the second largest group of workers uploading or updating a CV, followed by cleaners, care assistants and support workers.

Jack Kennedy, UK Economist at global job site Indeed, comments: “Furlough has been a lifeline for huge numbers of workers and their employers, and at its peak it was supporting nearly nine million people.

“Above all it preserved millions of jobs that might otherwise have been lost as large parts of the economy were shuttered by the pandemic. But as the scheme ends, thousands of employers and their staff are facing up to a stark reality – many of these jobs simply won’t be viable without the furlough’s support.

“The spike in the number of people uploading a CV, or updating an existing one, on Indeed in October hints at just how steep the cliff edge in job losses could be. Two thirds of a million people kicked off their job search in the space of just a few weeks.

“Meanwhile, those lucky enough to be in relatively secure employment are likely to be hunkering down and not looking to move jobs at the time being