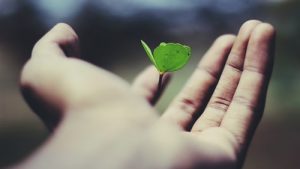 Wage growth is expected to remain depressed in the year ahead, according to the latest research from pay analysts XpertHR.

Pay awards have been falling, with the median basic pay award worth 2.2% over the past 12 months, down from 2.5% this time last year. Looking at the year ahead, against the background of the coronavirus pandemic, many employers in the private sector are proceeding with caution and told us that they expect to make a median 1% pay award during 2021.

XpertHR’s survey of forecast pay awards for the year running to 31 August 2021 covers the private sector only (due to the central nature of pay award decisions in large parts of the public sector). With so many employee groups expected to receive a lower pay award in the coming year – or no increase at all – it is not surprising that the forecast pay rise for the 2020/2021 bargaining year is just 1% at the median. This is less than half the 2.2% recorded in the private sector over the 2019/2020 bargaining year and – if borne out over the next 12 months – will be the lowest annual figure for more than a decade (the last time that pay awards in the private sector were worth 1% was in the year to the end of June 2010).

Labour market issues – including retention factors, pay levels in the same industry and pay levels in the same occupational group – dominate the factors that are expected to exert upward pressure on pay awards over the coming year; while company performance, the ability/inability to raise prices of products/services, and uncertainty due to Brexit are among the biggest downward pressures on settlement levels.

“The devastating impact of the coronavirus pandemic on company finances has seen the value of pay rises fall to the floor over the past few months. Many employers are not optimistic that they will be in a position to award a pay rise in 2021, with a pay freeze easily the most expected outcome of any pay review next year.”