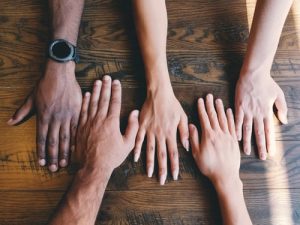 The leader of a government inquiry into ethnic disparities has said that ‘BAME’ is becoming an “increasingly irrelevant” term.

Dr Tony Sewell is chair of the Commission on Race and Ethnic Disparities, which was set up by the government in July in response to a swell of anti-racism protests after the death of George Floyd in Minneapolis.

Dr Sewell said the term, which stands for black, Asian and minority ethnic and is often used to describe levels of racial diversity in organisations, risks obscuring the differences in outcomes for people from different ethnic backgrounds.

In an opinion piece for The Times, he said: “Although Britain is one of the most successful multi-ethnic countries in the world, everyone agrees that there are worrying disparities between ethnic groups in terms of their life chances.

“Take my field of education. There, grouping black pupils together tells us very little. Given that white working-class boys are the group least likely to go to university, we have a duty to identify which disparities are influenced by race, and what else is shaping different people’s life chances.”

The inquiry launches its call for evidence today and its focus will be on health, education, criminal justice and employment. The government has faced criticism for launching a new commission on race after six reviews into race issues were published in the past three years.

Dr Sewell added: “Many continue to ask me: ‘Why another review? Why not act on the recommendations already out there?’ Yes, many actions have already been taken by the government, but people are not always aware of the progress that has been made.

“Also, we need to work harder to understand why disparities exist and establish exactly what works to address them. In policing and justice, health, employment and education, we are looking at the complex intersection of causes which hold back equality of opportunity; socio-economic background, geography, culture, and community.”

Dr Sewell has previously led a report on London schools and is head of Generating Genius, a charity that focuses on supporting talented students from disadvantaged and diverse ethnic backgrounds into STEM careers.

The call for evidence will be open until 30 November and includes questions such as what can be done to improve representation, retention and progression opportunities for people of different ethnic backgrounds in the public sector, and ways to enhance educational performance across different ethnic and socio-economic status groups.

In a letter to investment firms, BWAM asks organisations go beyond “solidarity statements” for Black Lives Matter and to take actions including expanding the pipeline of young black women entering the profession and ensuring company investments do not disadvantage black communities.