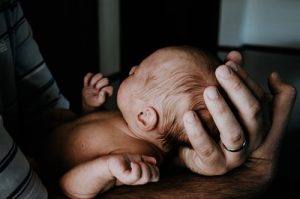 As France increases its paternity leave – which is set at very different levels across Europe – Nic Hammarling argues that working mothers will only achieve a level playing field once some firmly entrenched stereotypes are broken down.

A short while ago, I was asked by an organisation for my opinion on how to level the playing field for the mothers in its workforce.

This organisation offered an admirable maternity policy and the executive who asked me this question was clearly aware of the need to do even more to help the working mothers across his company. My answer though, was probably a far-cry from what he was expecting to hear.

I told him that the organisation had to stop what it was doing and rethink its approach.

Let’s rewind a moment. We know that working mothers are often penalised in the workplace, in a way that fathers tend not to be.

Most noticeably, becoming a mother often impacts a woman’s pay and access to opportunities. Indeed, in the UK there is virtually no gender pay gap for younger staff. It’s only when women reach a typical parenting age that it starts to become evident.

What we’re less likely to know though, is why this happens and what we’re supposed to do about it. From a psychological point of view, the modern workplace is rife with gender stereotypes.

One of the most prevalent is the idea that men are meant to provide for their family and that women are more natural caregivers. It’s this stereotype that leads many organisations to pride themselves on offering excellent maternity packages or the option of flexible working for new mothers who are returning to work.

While many employers offer such policies with the best intentions, the problem is that they serve only to further entrench the stereotype that caring for children is a mother’s role. That’s why my advice to any organisation that is genuinely looking to do more for working mothers is not to focus on improving its maternity policies, but to focus on its paternity policies.

In many ways, yes, they are. Aside from the issue of pay, when a woman becomes a mother, their employer will often make assumptions about them, ranging from the kind of responsibilities they will want to take on to the hours they will want to work. The same cannot be said for men. If anything, many employers assume that the need to provide for a family will make men work harder.

A US study recently found that men’s salaries typically jumped by 6% after they’ve had a child. A woman’s, by comparison, is likely to drop by around 4%. Indeed, research has found that when a professional woman becomes a mother, her colleagues make lower ratings of her competence. The same is not true for professional men who become fathers.

So, how can improving things even further for men help women?

Fundamentally, we have to break the stereotype – the automatic assumption – that women want to be, and will be, the main caregivers for the children in their family. This stereotype only reinforces the perception that women are in some way “riskier” in the workplace. This is especially ironic given that one of the things that has become very apparent in my work as a business psychologist is that men often want to have a more active role in caring for their children.

The problem is that they are intimidated by the thought of asking their employers for time off work to do so. In a workplace environment, to be nurturing and caring isn’t often expected of men and, as such, many are wary of the backlash they may receive for asking for time away to be with their children.

The (often unspoken) pressure to not take parental leave is at such a level that men will commonly turn it down or take only a portion of what they are entitled to, even though they would prefer to seize it with both hands. Tackling this problem, and shaking off the stereotype that childcare is a woman’s role, is the best way of helping to level the playing field for working mothers.

There are other countries that are already doing a great job of addressing this issue, and which we could try to emulate here in the UK. In Sweden, for example, both parents have the right to an equal amount of paid parental leave, but it’s a “use it or lose it” situation.

There’s no option for either parent to exchange or reclaim that time in some other form, which means any that isn’t used is lost. I think that’s a much better way than our current approach. It doesn’t quite force fathers to take leave, but it makes it a no-brainer to do so. While policy changes such as these can be made by the government though, employers must also lead the way. Men need to feel comfortable about asking for time away to be fathers, which has to be an organisation-led change. I’d like to see employers creating great paternity policies and actively encouraging the men in their teams to take it up.

So, strange as it might seem, that would be my advice to employers who are looking to do more. A good maternity policy will always be appreciated. But until men are encouraged to take a more active role, alleviating the stereotype that childcare is a woman’s role, it’s unlikely that we’ll see any real, meaningful improvement for working mothers.