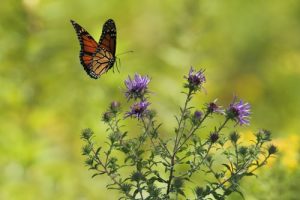 Organisations have mixed feelings about employees who change their jobs frequently. As employers they value the stability that continuity provides, they also like to think that employees feel a sense of loyalty to the organisation. Yet at the same time they look favourably on external candidates for senior posts who have a broad range of experience and a track record of seeking and meeting new challenges.

The millennium generation has acquired a reputation for considering loyalty a rather old fashioned idea in the current economic climate of reorganisations, mergers and redundancies. There are no jobs for life, there is no career structure within organisations there are only opportunities and transferable skills. This reputation is not entirely justified as young people have always changed their jobs more frequently than older employees simply as a result of discovering where their interests lie and having fewer commitments therefore being able to move from one employer to another more freely.

The average number of jobs in a lifetime is 12, according to a 2019 Bureau of Labor Statistics (BLS) survey of baby boomers. Younger people change their jobs more often particularly in their 20’s and early 30’s but between 45 and 55 the average is down to twice.

When it comes to senior management posts the high flyers are career butterflies acquiring a wide range of experience from short stints of employment. Eighteen months to 2 years being the average tenure of a senior manager. How short is too short, how long is long enough?

SENIOR MANAGERS COME TO ORGANISATIONS TO TURN THINGS ROUND, RESCUE A STALLED TRANSITION, KICK LIFE INTO A STUTTERING RESTRUCTURING OR INJECT A SENSE OF URGENCY INTO A COASTING ORGANISATION. IF THEY DON’T SUCCEED THEY GO, IF THEY DO SUCCEED THEY GO. ONE CYNICAL COLLEAGUE SUGGESTED THAT THE SHORT TENURE OF CHIEF EXECUTIVES WAS EVIDENCE NOT OF A TRIGGER HAPPY HIRE AND FIRER MENTALITY BUT THE DESIRE OF OVER AMBITIOUS, SELF PROMOTING SENIOR MANAGERS TO GO BEFORE THEY WERE FOUND OUT. HARSH.

There was a time when chief executive were in it for the long haul. Those were the days when chief executive spoke of culture as the driving force of an organisation. Every thing that was good about an organisation was due to its culture. If thinks went wrong it was because people had temporarily lost sight of the way we do things here. Yes , some times senior managers spoke of the need to change the culture but what they meant  was change some bad habits.

These days there is less talk of culture , each new chief executive seeks to impose their way of doing things, which is always different from the last ones way. A new structure, a new management style, a shift in emphases from customer focused, to performance driven to finance led or combinations there of and back again.

It’s a quick fix mentality which satisfies those  board members who want instant results. The tone is set from the top if you want to get on keep moving. Trouble is this might be good for the individuals career but short termism is rarely  good for the health of the organisation.