Less than a week until furlough mistake deadline 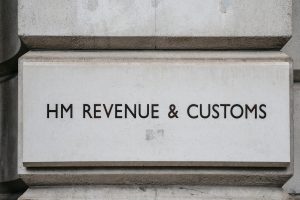 Employers that have incorrectly calculated their furlough claim or have received more money than they should have done have less than a week left to inform HM Revenue & Customs of their error or face a ‘gloves off’ investigation.

HMRC has estimated that £3.6bn in furlough payments have been claimed erroneously or fraudulently by employers, and last month the department said it was looking into about 27,000 employers it believed had claimed too much – roughly 2% of those who had used the scheme.

Since July, employers have had 90 days to inform HMRC if they have received payments they were not entitled to under the Coronavirus Job Retention Scheme. But for claim payments received prior to 22 July 2020, the 90-day period concludes on Tuesday 20 October.

“After this it will be ‘gloves off’ for HMRC to check up on any claim made and pursue incorrect claimants using both criminal and civil powers,” warned Richard Morley, a tax dispute resolution expert at BDO.

“This applies to both employers using the CJRS or furlough scheme, and the self-employed who applied under the SEISS, as well as those who received other direct support grants in error.”

Morley said HMRC had started to actively follow up on tip-offs about fraud and potentially incorrect claims. These often came to light due to discrepancies in the data given to HMRC in Real Time Information (RTI) submissions.

“For business owners, many of whom may have implemented claims in a rush at the start of lockdown, check and double-check the amounts are right. Making sure the paperwork is accurate and government guidelines are adhered to is key,” said Morley.

“For those where HMRC suspects fraud, we can expect more in-depth investigations into not just the furlough/SEISS claims but also the wider business and personal affairs of the individuals involved. The legislation includes powers to pursue company office holders where businesses become insolvent, with joint and several liability.”

In July, a West Midlands man was arrested in connection with a suspected £495,000 furlough fraud and eight other men were arrested in a linked investigation.

Last month, two people in London were arrested as part of an investigation into £70,000 of fraudulent claims.

“As well as following up whistleblower reports, we expect HMRC to use its ‘Connect’ computer system to flag anomalies in claims, while looking at industry and sector norms,” said Morley. “Anyone needing to make a disclosure of an incorrect claim should seek specialist professional advice without delay.”

HMRC permanent secretary Jim Harra told the Public Accounts Committee last month: “What we have said in our risk assessment is we are not going to set out to try to find employers who have made legitimate mistakes in compiling their claims, because this is obviously something new that everybody had to get to grips within a very difficult time.”

“Although we will expect employers to check their claims and repay any excess amount, what we will be focusing on is tackling abuse and fraud.”

The Coronavirus Job Retention Scheme closes on 31 October and will be replaced by the Job Support Scheme.