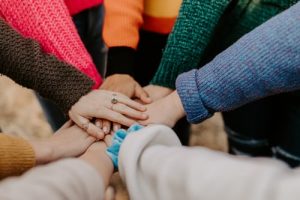 The ethnicity pay gap is larger for men than women, despite men earning more than women in most ethnic groups, new data finds.

The study also finds that the pay gap between white and ethnic minority staff in England and Wales has fallen to its lowest level since consistent record keeping began back in 2012.

Median hourly earnings in 2019 for white workers were £12.40 per hour, which is approximately two percent higher than the amount received per hour by ethnic minority workers, who were paid £12.11 per hour. This is a substantial decrease in the gap, which has historically exceeded eight percent.

There are, however, higher pay gaps observed for four groups of ethnic minority employees, as follows:

However, the ONS data reveals that there are some ethnic groups who have consistently earned more than the amounts received by white workers since 2012. For example, in 2019, median hourly earnings for individuals of white Irish ethnicity were 40.5 percent higher than those for other white employees, at £17.55. Employees of Chinese ethnicity earned 23.1 percent more, at £15.38 per hour and workers of Indian descent received £14.43 an hour.

The ONS confirmed that, when factors including age, sex, marital status, children, qualifications, country of birth and location of employees are considered, the gap appears to narrow for many ethnic groups.