Largest annual rise in redundancies since 2009 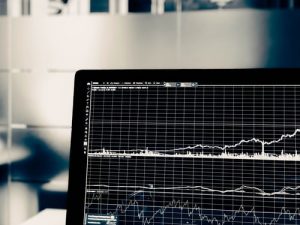 As the UK sees the largest annual increase in redundancies since 2009, business groups have urged the government to ‘get the winter right’ and prioritise the reskilling and training of those who have lost their jobs.

Redundancies increased to 227,000 in June to August, up 113,000 since the same period last year, the Office for National Statistics’ latest Labour Force Survey revealed. This was the largest annual increase since April to June 2009.

Unemployment hit 4.5% in the three months to the end of August 2020, compared to 4.1% for the previous quarter.

However, early estimates for September showed some signs of recovery, with 20,000 more employees on company payrolls than in August, according to Real Time Information submitted to HM Revenue & Customs. But the number of people employed by UK organisations has fallen by an estimated 673,000 since March.

Male unemployment in particular grew significantly: 4.9% of men were unemployed in June to August 2020 – up from 4.1% a year earlier. The unemployment rate for women was 4.0%, up from 3.7% last year.

The CIPD’s senior labour market adviser Gerwyn Davies said: “Today’s figures show that male youth employment prospects are fading particularly fast in the face of the pandemic. And the worry is that the situation will get much worse, with employment prospects deteriorating rapidly across the board as the Job Retention Scheme closes alongside a swell of school leavers and new graduates who are currently seeking to enter the jobs market.”

Davies called for “much more” immediate public investment in training and re-skilling, beyond what has already been proposed.

“This would help workers in manual and elementary occupations in particular, who we know have suffered most from the pandemic develop the skills they need to compete for jobs in parts of the economy that continue to grow,” he said.

Neil Carberry, chief executive of the Recruitment and Employment Confederation, said there needed to be a “team effort” from business and the government to tackle rising unemployment.

“The data underpins the importance of getting the winter right economically. Making sure we support demand in the economy and people unable to work should be our priority. This means supporting temporary workers affected by local lockdowns and looking at how to support all the businesses in the affected supply chains that stand to lose out,” he said.

“Cutting employers National Insurance contributions could help boost hiring and keep people in work. It’s important we also focus on measures that will affect the economy in the long-term, securing a Brexit deal that guarantees smooth trading relations with the EU which is essential for our economic stability.”

Over the past few days, thousands more jobs have been put at risk at major employers. Fashion giant Edinburgh Woollen Mill Group, which owns Peacocks and Jaeger, warned of up to 24,000 job losses as local lockdowns pushed the company to the brink of collapse, while All Bar One and Harvester owner Mitchells & Butlers has begun redundancy consultations with an undisclosed number of staff.

Despite plummeting in the first few months of the pandemic, the number of vacancies has gradually increased. There were an estimated 488,000 jobs posted in July to September, however this is well below pre-pandemic levels and is around 40% less than a year ago.

However, Jack Kennedy, UK economist at jobsite Indeed, said this was “far from a labour market in freefall”.

“New jobs are being created, and in the three months to the end of September, the total number of vacancies jumped at a record-breaking pace,” he said.

“Indeed’s data shows that the sector burning brightest is construction. A mini-boom in building has seen the number of construction jobs listed on the site jump by 267% between May and the start of October.

“Other sectors seeing a rapid increase in recruitment include cleaning and sanitation, which saw vacancies rise by 148%, and production and manufacturing (up by 173%) during the same period.”

However, many organisations were worried about losing skilled staff, said Matt Weston, managing director of recruitment consultancy Robert Half UK.

“While we might expect businesses to be confident in their ability to secure and retain top talent in a more competitive jobs market, our latest research found that four in five firms are actually concerned about losing key staff, with a third of them pointing to salary reductions and their inability to increase wages as their primary cause for concern.

“Though salaries have in the main held steady so far this year, businesses are now having to look at alternative benefits to compensate staff in lieu of increases going into 2021. Non-financial incentives, such as mental health resources, wellness programmes and flexible working can all help make the prospect of a salary freeze more palatable,” said Weston.