The Staying Power of New Work Habits: The Good, Bad and Ugly 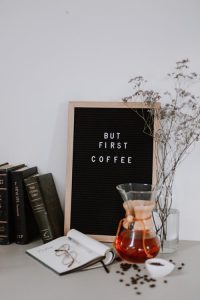 SINCE THE CORONAVIRUS PANDEMIC BEGAN SPREADING IN THE U.S., MILLIONS OF EMPLOYEES SWIFTLY ADJUSTED TO WORKING FROM HOME. IN DOING SO, THEY HAVE DEVELOPED NEW HABITS, SUCH AS INTERACTING WITH COLLEAGUES DIFFERENTLY OR PUTTING IN LONGER HOURS. MANY EMPLOYEES HAVE TRANSITIONED TO USING VIDEO CONFERENCING OR CHAT ALL DAY INSTEAD OF ASKING DESK-MATES SIMPLE WORK QUESTIONS ON-THE-FLY. GROUP MEETINGS HAVE GOTTEN SHORTER, AND TECHNOLOGY IS MORE UBIQUITOUS THROUGHOUT OUR WORKDAYS.

Some of these habits will be unshakable whenever we return to the office. And while many of these have paved the way toward greater efficiency, there are other ramifications, too. Brainstorming has changed. How and when we schedule meetings and breaks is different. Collaboration has faltered a step or two, and people are losing focus more easily. In the brave new world of work, which of these habits will stay and which will go?

How will we socialize and brainstorm?
In the old office, people would gather before or after an in-person meeting and chit chat about the trivial — a new recipe, an episode of The Bachelor or a trendy new restaurant in the neighbourhood. With video meetings and distributed teams, few of these organic conversations exist right now and, as Satya Nadella opines, the social capital we built up and stored from those in-person interactions is all but spent. Will that change and replenish in the new office environment?

Scheduling meetings and structuring our days are also vastly different. When we take lunch and when we stop working – if we stop working – are likely not on the same cadence as they used to be. As a result, are we getting a day’s work done faster or slower? Is this leading to blows to team morale? Are we connecting and communicating less on a human level with our co-workers and more transactionally? Indeed, our relationships with colleagues have been fundamentally altered, existing over the internet. Does this tear at the very notion of “teammates?” Are teams as strong when they exist completely virtually?

Brainstorming has undergone a reckoning. It’s inarguably more difficult to collaborate on ideas when everyone is virtual. Now, meeting leaders have to prepare presentations ahead of time and constantly share their screens with participants, and there tends to be less interaction between team members in the moment. Digital drawing tools are rudimentary, free-handing digitally is difficult, and we write down fewer things with pen and paper. Will we bring back the traditional whiteboard and in-person interactivity in the new workplace? Or will we find a new digital medium with which to collaborate that includes both in-person and remote participants? I predict we will find an alternative that bridges hybrid work more effectively.

I think flexible work models could easily become more prominent in the new office. As we’ve adjusted to our individualized schedules, breaking tangential habits – like waking up later or earlier, taking a run or bike ride during lunch, finishing work early and working again at night or more methodically completing certain tasks – will be tough.

It’s likely we’ve adjusted to schedules that are best suited for us, however. Certainly, nobody should be working all hours of the day and night. But many have tailored their work blocks to a schedule that fosters necessary productivity as well as the other life priorities they need to focus on – children and education, healthcare visits and providing or receiving essential services. We already knew the typical 9-to-5 structure isn’t for everyone. So are we tapping into a flex work revolution, and will it stick? Are we maintaining productivity because we’re allowing people the flexibility to be more productive? More importantly, are we healthier in this new working order and work/life balance, or not?

Multitasking and distraction: Will they persist?
Let’s be honest: Multitasking is on the rise, and it’s not a good thing. Truth be told, most people on a video call are likely working on other things or surfing the web. I know this because I’m on video calls most of the day – and I’m multitasking.

Employees in virtual meetings are getting more easily distracted or are simply not paying attention from the get-go because of meeting overload. It’s only natural. We already had a tendency to lose focus during meetings in the office, and that has been exacerbated now. Adjusting back to in-person meetings and maintaining focus will be incredibly challenging once we return to the workplace.

Sustained group engagement has also waned during isolation. Individuals are increasingly ducking out of meetings early or making excuses not to attend them at all. It’s a lot easier to hang up on a call (or not show up in the first place) than to get up, completely disrupt and leave an in-person meeting. Attitudes and etiquette have clearly shifted. Will we return to our old ways of riding out meetings until they’re adjourned, or will the newfound behaviours feel more normal and accepted?

There’s no shortage of new habits borne out of forcing millions of people to suddenly uproot their highly conditioned professional lives and work from home. Moving work 100% online in such a short window required radical adjustments to employees’ days, behaviours and expectations. As we begin to consider returning to the office, we have to ask ourselves if we’re willing to require employees to again make sweeping changes to their work tendencies – and whether these freshly minted habits solved or created additional problems. Habits are not universally good, bad or ugly by nature, but the sooner we face reality, the better: The habits they are a-changin’.

Original article ‘The staying power of new work habits: the good, bad and ugly’ Written by Bobby Beckmann Published by The HR Director