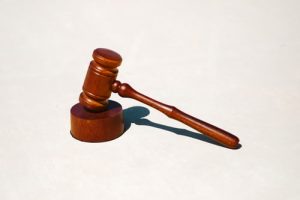 An employment tribunal will be asked to consider the case of a former employee at Lancashire-based electronics firm Falconex who was “forced to work” while on furlough. After the individual raised concerns about the abuse of the furlough scheme, he was later made redundant.

The trade union is pursuing a claim for unfair dismissal, unlawful deduction of wages and breach of contract after the worker was repeatedly told that he was expected to continue to work while furloughed. Falconex has strongly denied all the allegations.

Unite claims its member was told in May that he was at “the top of the list of any redundancy” and that Falconex “would never consider re-hiring you whatever the circumstance”. It also claims that senior management attempted to intimidate workers from contacting their trade union for support.

It is alleged that Falconex’s managing director, Pascal Roux, issued a memo to all staff stating that contacting Unite was “clearly a break of trust” adding: “Using a third party, such as a union or a solicitor to enter a dialogue is seen as a direct threat to the business, and simply put, if you’re not working for Falconex, then you’re working against it.”

Unite regional officer Dave Roberts said: “Our member raised entirely legitimate concerns about the legality of working during furlough but his subsequent treatment by his employers was shocking.

“At the time it was illegal to work while on furlough, a condition that Falconex appears to believe did not apply to them.”

Speaking to Personnel Today, Roux said: “We never ever forced the individual referred to in the case to come to work. We never force anyone to do anything they object to do – this is not a Dickensian company.”

He added that the individual was made redundant because Falconex, which employs 20 people, had to secure the future of the business. The former employee’s position “was not deemed essential at that point in time for the foreseeable future”.

Roux said: “I am proud to consider my employees as colleagues first and foremost and will always respect their point of view and their situation. We bend over backwards to accommodate employees’ individual requirements with flexi-time and part-time. Many other businesses and new employees comment regularly on how well we are treating our employees.”

Unite regional legal manager Michael Tighe said: “Our member did the honourable thing and called out this profiteering… Our legal team is now bringing a claim to ensure that our member is fully compensated and this employer taken to task over its actions.”

But Roux accused Unite of using alleged furlough scheme abuses as an opportunity “to apply for claims and hope to settle them out of court for easy pickings”.

He said that unions will take advantage of small businesses to find loopholes and failings that the job retention scheme created in the short time it was implemented.

“The scheme – implemented very quickly by the government, with little details, grey areas, badly advertised adjustments along the way – has put many small and medium size employers on the back-foot. As with any set of rules, it has many legal ramifications that few small businesses are able to absorb expertly and put in place right first time and at all times,” Roux said.

He added he was looking forward to stating Falconex’s case at the tribunal.

Speaking to the Public Accounts Committee on earlier this month, HM Revenue & Customs’ permanent secretary Jim Harra said the department was looking into 27,000 “high risk” cases where it believes an employer claimed fraudulently or erroneously in the amount it is claiming under the Coronavirus Job Retention Scheme. HMRC estimated as much as £3.6bn has been falsely claimed.