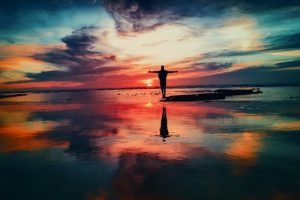 Employees are more likely to enjoy life after receiving financial advice, according to a new report from life insurance company Aegon.

Thirty-four per cent found an improvement in overall wellbeing, compared to 25% who hadn’t received any help with their finances.

This was partly due to a reduction in the level of money worries people had after having received advice.

Almost half (49%) of people who hadn’t sought advice reported worrying that the money they have saved won’t last, compared to just 37% of those with advice who expressed concerns.

They were also more likely to be distracted at work because of their money worries – 65% of these people admitted to being distracted because of it, compared to 50% of those that had sought advice.

Though they still had money worries, only 33% of those who had received financial advice said that they would struggle with routine tasks because of it, compared to 41% of people without advice.

“Financial wellbeing is the link between money and happiness but it’s not just about the amount of money someone has now, it’s about their plans for the future,” said Ronnie Taylor, chief distribution officer at Aegon.

“The people who feel in control of their long-term financial plans and their relationship with money, will have a more positive outlook. So, for those wanting to focus less on money worries and more on enjoyment in life, financial advice could help give them the peace of mind to do so.”

Financial guidance has risen up the agenda for employee wellbeing this year as the coronavirus outbreak has created a turbulent job market, and many employees are living with concerns of career stability.

In a separate study from Howdens, 96% of UK employers said they believe that some of their workers are experiencing persistent money worries.

Prior to the pandemic, research by the Joseph Rowntree Foundation also found 60% of those in poverty are now in work.

Chris Budd, chairman of the Initiative for Financial Wellbeing of which Aegon is a founding member, said the need for financial advice and planning in the UK is “developing rapidly”.

“It is no longer enough to just talk to clients about investments, pensions and tax. This research from Aegon is hugely important in providing the evidence for central premise of the Initiative for Financial Wellbeing (IFW), that talking to clients about their relationship to money – about their financial wellbeing – significantly enhances the impact of financial advice,” he added.