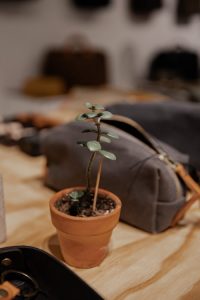 A nice programme as far as it goes – but Chancellor Rishi Sunak’s Winter Economy Plan is missing substance as far as employment goes.

Organisations representing recruiters and contractors have said in the aftermath of Sunak’s announcement last week that his plan does not go far enough in terms of schemes to create jobs, support the self-employed or deliver incentives for training for individuals.

Neil Carberry, CEO of the Recruitment & Employment Confederation (REC), was critical of “the lack of focus on the new jobs we need to create”. In a statement, Carberry also repeated his earlier calls for reductions to “the cost of employment via NI [National Insurance] and action on a more flexible skills system”.

Saying that businesses would welcome “much of what the chancellor has announced”, Carberry said further that “the lack of support for small owner-operating directors of business remain a gap in the structure of government support that we would like the chancellor to address. These people are key to the recovery of our small businesses”.

The Association of Professional Staffing Companies (APSCo) expressed disappointment at the lack of “incentives to provide training for individuals during the Job Support Scheme”. Speaking on APSCo’s behalf, Tania Bowers, legal counsel and head of public policy, said: “We will continue to call for a relaxation on the use of the Apprenticeship Levy funds to enable businesses to upskill their workforce during periods of downtime.”

Bowers joined a number of other organisations in calling also for greater clarity around “the prospect of larger firms being able to claim the Job Support Scheme if their ‘turnover has fallen’ during crisis”.

From London Councils, Councillor Clare Coghill, the councils’ executive member for business, Europe and good growth, commented: “The detrimental impact of long-term employment is well known and in London, there are local impacts – for example, workers at [London] Heathrow and its supply chain. Employment and skills initiatives must be created in partnership with local councils which respond to these challenges by supporting those people who need to reskill and investing strategically in job creation.”

IPSE, the Association of Independent Professionals and the Self-Employed, is the representative body for the UK’s self-employed community, hit out at support for the self-employed announced in Sunak’s plan as “woefully inadequate”, taking particular aim at apparently excluding one in three self-employed people. Those excluded would be limited company directors and the newly self-employed, said Andy Chamberlain, director of policy at IPSE. Those parties “almost entirely missed out on support in the last lockdown and have faced bleak months of financial devastation. Now they face a dark winter ahead unless the government does more for them. Based on the drastic financial hit self-employed people took in the last lockdown, the new 20% cap on support is likely to be nowhere enough.”

Other elements in Sunak’s plan included a new Job Support Scheme requiring workers to work a minimum of 33% of their normal hours that replaces the current furlough programme, delaying until 31 March 2021 an increase to 20% of the VAT for the hospitality and tourism sectors, and loan repayment deferrals.