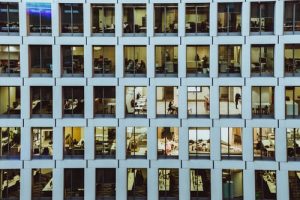 The Job Support Scheme (JSS) will not save enough jobs and could be improved if the government scraps its ‘poorly targeted’ Job Retention Bonus.

This is according to the Resolution Foundation think tank, which believes that unemployment could still be at its highest level in a generation next spring despite the raft of measures designed to protect “viable” jobs outlined by chancellor Rishi Sunak yesterday.

“While the chancellor has rightly aimed to create a European-style short-hours working scheme, design flaws mean that the new Job Support Scheme will not live up to its promise to significantly reduce the rise in unemployment,” said Resolution Foundation chief executive Torsten Bell.

“Those mistakes could be addressed by scrapping the poorly targeted £7.5 billion Job Retention Bonus, and using those funds to ensure the new support scheme gives firms the right incentives to cut hours rather than jobs.

“While households have to date been protected from the worst of the economic hit from the pandemic, that is about to change. The coming rise in unemployment will mean a major living standards squeeze for families this winter.”

According to the think tank’s analysis of the chancellor’s Winter Economy Plan, there is little or no incentive for employers to use the scheme to protect as many jobs as possible.

It claims it would cost more for an organisation to employ two part-time workers under the scheme than one full-time worker – based on the cost of continuing to employ the average previously-furloughed worker.

Employers would have to pay half of the 67p the worker receives for each £1 of lost wages from the hours they do not work, in addition to the pay for the hours the worker does work. The Resolution Foundation says this is almost twice as big a payment for hours not worked (estimated at £312 a month for the average worker protected under the JSS) as the employer would have had to cover under the furlough scheme for an employee on the average furlough wage (£1,400 per month).

“The scheme itself provides no incentive for firms to cut hours rather than jobs, seriously limiting its ability to stem the increase in unemployment this Autumn,” says the report.

It says the one-off £1,000 bonus per retained previously-furloughed worker under the Job Retention Bonus scheme “merely shifts the jobs cliff-edge to the end of January from the end of October”. Firms claiming the JSS will need to commit to making no redundancies during the period they are claiming the support, but the Resolution Foundation says redundancies “can kick in immediately afterwards”.

For there to be a sufficient incentive for employers to use the scheme, workers’ wages need to be low enough so the costs of the JSS are outweighed by the flat-rate bonus.

“Of course, an employer’s decision to retain or let workers go during this downturn will not be based simply on short-term economic considerations: most will wish to keep employees if they can reasonably do so in order not to lose accumulated knowledge.

“It stands to reason, then, that firms with higher skilled and/or more strongly attached staff are more likely to absorb the additional costs of the JSS in order to keep employees on board than those with a more transient or replaceable workforce,” the report says.

Notably absent from the Winter Economy Plan were policies to stimulate new hiring, it says.

“As the Treasury seem to have taken the position that they are happy to see a large big labour market shake-out over the next few months – with jobs that are not allowed to continue under current restrictions or no longer profitable coming to an end – it was surprising – and worrying – that there were no additional measures taken to encourage job creation by the private sector, or to support direct job creation by the public sector,” the Resolution Foundation says.

“Policies like this will be vital if those shaken out from their old jobs are to find new jobs: as we argued earlier, the underlying rate of job creation in the UK economy will be far lower than the size of the imminent flows into unemployment.”