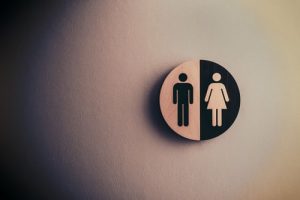 A store security guard who was repeatedly called ‘honey’ by her manager, had her hours reduced and was denied the ability to take holiday has won more than £10,000 at an employment tribunal for sexual harassment, direct sex discrimination and unfair dismissal.

Peta Jessemey was employed by Lodge Services as a part-time store detective in Superdrug stores across Essex and Suffolk.

She complained that her manager, Rod Tolmie, repeatedly behaved in a sexist manner towards her; talked over her; indicated that male security guards would do a better job than her; and refused to authorise the holiday she and other part-time security staff were legally entitled to receive.

She left the company in 2014. Her claim originally came before the tribunal that year and was struck out for non-payment of fees, but she reapplied to have her case heard after tribunal fees were ruled unlawful. The case was heard earlier this year.

Jessemey transferred to Lodge Services via a Tupe transfer in 2012, after the company took over the Superdrug contract. She was contracted to receive an additional hour’s wages if she was scheduled worked at the Clacton and Ipswich stores, due to the length of time it took her to travel there, but when she raised this Tolmie said he would not pay her travel time, accused her of fraud, and threatened to report her to the police if she complained to HR.

Tolmie regularly called Jessemey “honey”, which the tribunal agreed directly related to her gender, and behaved in a “disdainful” way when she was assaulted while doing her job, stating that a male guard would be better suited to the role than she was.

The company failed to progress the complaints she made about these issues, among others.

Employment judge Martin Warren, who heard the case at the Bury St Edmunds employment tribunal, said in his judgment: “Addressing women as ‘honey’ is patronising, demeaning and degrading. Mr Tolmie did not address men as ‘honey’. It is clearly related to gender.

“All the instances of talking over others in the evidence, albeit much of that hearsay, are in relation to conversations with women. Mr Tolmie’s tendency was to talk over women and have less regard to what they had to say. It is a tendency that is therefore related to gender.”

In 2014 Tolmie visited the claimant’s place of work to carry out a performance review. When she indicated that she wanted to be a trainer, Tolmie was alleged to have told her it was good that she had not wanted to be a manager because she did not have the right skill set, indicated she would be no good at being a trainer, and claimed her aspiration was “ambitious”.

Tolmie was also alleged to have visited the stores Jessemey worked at while she was not working in an attempt to convince her colleagues that a male security guard would perform the role better than her.

During the course of her employment she saw her hours cut from 24 hours per week to the equivalent of 12 per week. The tribunal agreed this was akin to constructive unfair dismissal, even though Jessemey had resigned from the role herself. It was also considered direct discrimination based on sex because of Tolmie’s attitude to women.

Jessemey claimed that she and other part-time security staff were told to swap shifts so that they could go on holiday, rather than book time off. Tolmie said this would mean they would get a payment in lieu of holiday pay at the end of the financial year, but Jessemey said this was never received. The tribunal described this as unlawful and a breach of contract.

The tribunal ordered the respondent to pay Jessemey a total of £10,906.22 in compensation, including awards for holiday pay, injury to feelings, travel pay, loss of statutory rights, travelling expenses to attend a job interview, loss of earnings and a basic award for unfair dismissal.