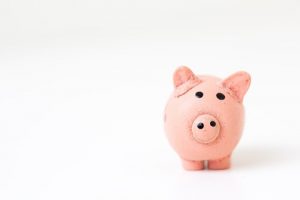 HM Treasury is considering a successor to the furlough scheme that could be similar to Germany’s short-time wage subsidy system, government sources have indicated.

The Guardian reported that chancellor Rishi Sunak has been looking at options for the end of the Coronavirus Job Retention Scheme, as fears about widespread job losses continue to mount.

One option believed to be under consideration is a system of support similar to the German Kurzarbeit (‘short-time work’) scheme, which sees the country’s government pay at least 60% of wages for the time a worker is not working, with employers paying staff their usual rate for the hours they work.

The report emerged as governor of the Bank of England Andrew Bailey called for the government to “stop and rethink” the withdrawal of the furlough scheme on 31 October amid fears of a spike in unemployment.

“[Furlough] has helped manage the shock, to firms and to labour [but now] the use of it, as far as we can tell, is more concentrated,” he said during a webinar hosted by the British Chambers of Commerce.

“I think it is therefore sensible to stop and rethink the approach going forward, without any commitment to what that might be.”

Government sources indicated that the chancellor could announce the change within the next week, as part of a package of extended support for businesses that continue to be affected by the pandemic.

Employers seeking to make fewer than 100 redundancies must allow for a 30-day consultation period, meaning 1 October is the last day they could start this process before the furlough scheme closes at the end of next month. Businesses making more than 100 redundancies are obliged to consult for 45 days.

The anticipated announcement is also set to confirm that four government-backed loan schemes will be extended to the end of November, sources said.

Although the Treasury has not commented on the likelihood of the furlough scheme’s successor being announced, Prime Minister Boris Johnson indicated to MPs on Tuesday that the government recognised there was a continued need for economic support.

He said: “I know that my right honourable friend the chancellor will be applying, as I say, his imagination and his creativity to helping those sectors in the months ahead. But the best thing for them is to get back to life as close to normal as possible by getting this virus down and that is the point of the package of measures that we are announcing today.”

Johnson told workers to work from home where possible, and announced that pubs and restaurants would be required to close at 10pm from Thursday. Hospitality and retail staff would also be required to wear a face-covering.