One in five employers cut pay in response to pandemic 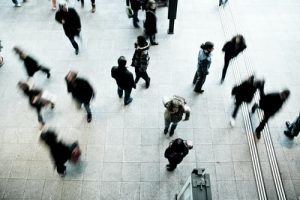 Almost a fifth (18%) of organisations have had to cut pay because of the pressures brought by the pandemic, while many more say they are prepared to do so if necessary for their survival.

This is according to the Chartered Management Institute (CMI), which in a survey for The Times found a second lockdown and a no-deal Brexit were among the most pressing economic concerns for employers.

Boris Johnson is set to tell the nation to work from home where possible in a television broadcast tonight, which is likely to have an effect on organisations’ plans for recovery. He will also announce that pubs and restaurants will have to close at 10pm from Thursday.

While some firms have already slashed pay and 30% say they would consider implementing pay cuts if it was necessary to keep afloat, some 52% of organisations refuse to reduce employees’ pay in any circumstances.

However, CMI chief executive Ann Francke warned that pay cuts may be unavoidable after government support is withdrawn.

She told The Times: “So far most businesses have been able to avoid pay cuts by careful planning around government support, like the furlough scheme. If the government goes ahead with withdrawing the scheme, those businesses, especially in hard hit sectors, may find their position becomes unsustainable.”

Earlier this year cabin crew and pilots at Ryanair accepted a 20% pay cut in order to save jobs, while the High Pay Centre said one in four FTSE 100 CEOs had accepted a pay reduction to avoid job losses elsewhere in their organisations.

A quarter of the 932 managers from private and public sector firms surveyed by the CMI said they want to see the Coronavirus Job Retention Scheme extended beyond 31 October, while 21% want support tailored specifically for certain industries.

Chancellor Rishi Sunak has repeatedly ruled out an extension to the furlough scheme, despite warnings that it could lead to widespread redundancies and a surge in the unemployment rate.

A temporary cut in VAT is favoured by 17% of firms, while 11% want employers’ national insurance contributions reduced and 7% say there should be a further holiday on business rates.

A second lockdown is a worry for 63%, though 27% say a potential no-deal Brexit on 31 December is of greater concern.