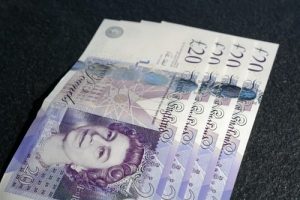 More than 80,000 UK firms have voluntarily returned millions of pounds in furlough scheme payments they took in error or decided they did not need.

According to HMRC about £215m has been returned by 80,433 employers – funds that had been originally distributed to them to cover salaries.

Overall, £35.4bn had been claimed under the scheme up until 16 August, the latest date for which statistics are available, with officials calculating that about £3.5bn may have been paid out in error or to fraudsters.

While HMRC has welcomed the return of the money, last week, in an interview with the Guardian, Gareth Davies, the comptroller and auditor general at the National Audit Office, said there had already been “significant” abuse of the furlough scheme, which would take months to identify. He also revealed that auditors were investigating the government’s procurement processes because of concerns there had been a lack of transparency and possible conflicts of interest when handing out coronavirus contracts.

By 15 September, organisations had returned £215,756,121 in furlough payments, according to data obtained by the PA news agency through a freedom of information request.

Some of the money was returned, while other firms simply claimed smaller payouts the next time they were given furlough cash.

In a statement, HMRC said: “HMRC welcomes those employers who have voluntarily returned CJRS [coronavirus job retention scheme] grants to HMRC because they no longer need the grant, or have realised they’ve made errors and followed our guidance on putting things right.”

Others such as Primark and John Lewis have said they will not claim money under the Jobs Retention Bonus, which pays firms £1,000 for every employee they bring back from furlough and keep employed until the end of January.

In July, Anna Birtwhistle, employment partner at Farrer & Co, pointed out that reputation was one of the prime motivations for companies paying back the funding. “You can see there’s a pattern in some industries – [housebuilder] Redrow was soon followed by Barratt, for example – so there’s a reputational aspect where certain companies may keep an eye on what their competitors are doing,” she says.

She added, however, that being able to repay the grant will likely be the exception rather than the rule.

The furlough scheme is set to end on 31 October although there is pressure on the government to extend the scheme in some form.