What will increased remote working mean for tech salaries? 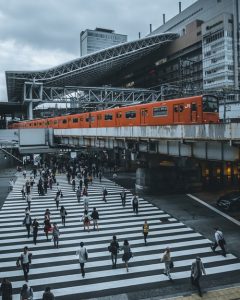 As remote working becomes more popular because of the coronavirus outbreak, people have less need to be near city centres – but what might this mean for tech workers’ salaries?

While the Covid-19 crisis may have created a lot of uncertainty, what does seem sure is that the practice of remote working is here to stay. But in this area, like so many before it, the tech industry – which pioneered the approach in the first place by developing the tools to make it possible and was working in dispersed teams long before anyone else – once again appears to be shaking up established ideas and modus operandi.

For example, although many of the big tech players have committed to working-from-home policies until at least 2021, social media giant Twitter set a precedent in May by announcing that its employees would be allowed to work from home “for ever” if they so desired.

Facebook quickly followed suit, with chief executive Mark Zuckerberg saying he expected up to half of the company’s workforce to work from home within the next five to 10 years. But there was one caveat – staff salaries were likely to be adjusted in line with the cost of living in an individual’s chosen location, potentially leading to pay cuts for those thinking of moving away from Facebook’s expensive Palo Alto head office site and other global centres, such as London.

Retail giant Amazon, meanwhile, is taking a third way. It plans to expand six of its “Tech Hubs” in the US cities of Dallas, Detroit, Denver, New York, Phoenix and San Diego. Doing so will create 3,500 new tech and corporate jobs, indicating that, for it at least, the office is far from dead but is a space considered vital to promoting innovation.

So, bearing in mind that where big tech goes, the rest of the industry tends to follow, what are the possible implications of these moves in workplace terms?

In the short term, Rob Brown, vice-president for IT service provider Cognizant’s Center for the Future of Work, expects most tech staff to continue operating from home, but he believes that in a post-vaccine-based medium term, Amazon-like hybrid remote working/office models will become more common.

In fact, he describes Amazon’s approach as a “great way to blend the best of in-person and remote working”, not least because, for most tech staff, work is a combination of solo activities and team-based projects.

“A hybrid approach of two or three days of teleworking provides a much-needed balance,” says Brown. “Offices will not die out completely, although the notion of spending 40, 50 or 70 hours there each week will.”

Ken Charman, chief executive of digital reward system provider uFlexReward, agrees. He is no fan of the full-time remote working model despite the cost-cutting attractions for some employers, but believes there is a “very real multiplier effect in having people in the same location”, or even meeting now and then in ad-hoc hubs and collaboration centres.

“High-performance teams are based on social interaction,” says Charman. “The proximity creates a higher level of efficiency that leads to better-quality outputs – even if they are intangible, which can make them more difficult to measure.”

Bev White, chief executive of recruitment consultancy Harvey Nash, is another advocate of the benefits of providing workers with social space to get together, not least because of the positive cultural impact in terms of team cohesion.

“With offices, it’s a bit like living in the heart of a village – you tend to know what’s going on, who’s doing or saying what, and what makes things tick,” she says. “It’s a natural mixing pot and from that comes the culture and way you do things. But if you live on one of the remote hill farms outside, it’s much harder to get into all of that.”

Although digital meetings and conferences have their upsides in that they tend to be very focused, the ad-hoc conversations that lead to true creativity and innovation are often lost. Body language cues are also masked, which can hinder effective collaboration.

As Caroline Collyer, head of people at software development agency Bright Interactive, points out: “Creativity and innovation don’t take place organically in a remote working scenario – you have to create opportunities to make them happen.”

This conundrum is one she has been pondering recently. When the company surveyed its 40 staff to find out their views, it found that three-quarters currently prefer a mix of home and office working. In a post-Covid world, though, 40% said they would choose to work from home permanently.

The company also anticipates bringing in more talent from outside its Brighton base and, in fact, from around the world.

As a result, on the tech side of things, Collyer believes it can help to introduce software, such as proprietary freeware communication tool Discord, which “runs in the background at all times and encourages the kinds of casual conversations that lead to innovation”.

On the organisational side, Bright Interactive, which employs an agile development methodology, has already introduced a quarterly two-week “Innovation Sprint’, which focuses purely on experimentation, to supplement its usual Scrum Sprints.

But it is also evaluating whether it makes sense to encourage team members to meet regularly, perhaps once a month, on a face-to-face basis in whichever location or space suits them.

Another option is to enable teams to use part of their budget to fund a satellite office or co-working space for all or part of the group. A third possibility is to ensure the whole company gets together four times a year at an inspiring venue, not only to discuss important matters but also to build relationships.

As for the renumeration question and whether workers should be paid based on location rather than on their skills and abilities, attitudes are mixed.

On the one hand, Dominic Harvey, director at IT jobs board CWJobs, believes employers that “think they can reduce costs regionally are in for a surprise because working remotely effectively explodes any regional differences and you end up paying top dollar for top talent no matter where in the country”.