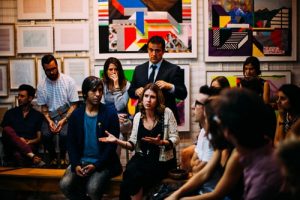 The Unite union has added to calls for the government to extend the furlough scheme beyond the end of October to avoid the risk of ‘redundancy floodgates’ opening across the country.

Today marks 45 days before the furlough scheme ends on 31 October, so employers planning to make 100 or more redundancies will need to begin collective consultations today if they plan to cut roles once the scheme closes.

Unite said that this pressure will lead “employers with short-term struggles” to issue redundancy notices and many workers could face a “miserable Christmas” as a result.

A range of business and lobbying groups have urged the government to make some sort of extension to the Coronavirus Job Retention Scheme, which has cost the Treasury more than £35 billion so far.

Last week, the Treasury Select Committee recommended the government introduce a targeted extension of the scheme to those employers for whom income support would help them remain viable.

Committee chairman Mel Stride said: “The key will be assisting those businesses who, with additional support, can come through the crisis as sustainable enterprises, rather than focusing on those that will unfortunately just not be viable in the changed post-crisis economy.”

The Federation of Small Businesses and the Resolution Foundation have also called for further financial measures to support employers. Manufacturing organisation Make UK has claimed that crucial skills will be lost without a furlough extension to some sectors, and former prime minister Gordon Brown has added his voice to calls for an extension.

Unite’s pleas to extend furlough come as speculation rises that chancellor Rishi Sunak could be about to introduce further support packages for employers.

In an interview with the BBC, Sunak said it was a “tricky balancing act” to sustain support for the labour market.

“I’m always looking for interesting, creative, innovative and effective new ways to support jobs and employment,” he said yesterday, but he has stated repeatedly that it would be wrong “to endlessly extend furlough”.

Some commentators have speculated that the chancellor could cut business rates and employers’ national insurance contributions in an effort to assuage employers’ concerns.

In Germany, the Kurzarbeit or ‘short work’ salary support scheme has been extended to 24 months – companies are eligible to apply if working hours have been cut by more than 10% for at least 10% of workers.

Under the scheme, employers reduce employees’ working hours rather than laying them off, while the government covers 60% of pay for the hours not worked (more for employees with children).

So far the UK government has focused its post-furlough support on job creation – for example through its Kickstart scheme and the Job Retention Bonus for bringing someone back from furlough – so it is unclear what any further packages could look like.

Earlier this week, figures from the Office for National Statistics showed 695,000 workers have been removed from company payrolls since the start of the pandemic, and the unemployment rate grew to 4.1% in the three months to July.