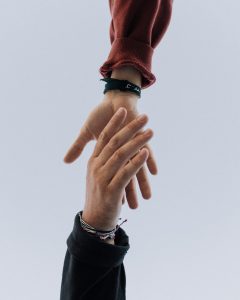 Speculation is growing that a new jobs programme is being planned by the government in the face of continuing calls for a successor to the employee furlough initiative that ends in October, following comments made on Tuesday (15 September 2020) by chancellor Rishi Sunak and employment minister Mims Davies (pictured).

Last week, CBI director-general Dame Carolyn Fairbairn told a virtual audience at the Recruitment and Employment Confederation’s #REC2020 conference that conversations were being conducted between business and the government about developing “ongoing support” once the Coronavirus Job Retention Scheme (CJRS) closed at the end of October. (https://www.recruiter.co.uk/news/2020/09/cbi-head-warns-%E2%80%98darwini…

While Sunak appeared to dismiss the possibility that the furlough scheme itself would be extended, he told the BBC that looking for new ways to protect jobs is his “number one priority” after unemployment figures were released this week. He also told the BBC that finding innovative solutions to the flood of job losses was “top of mind”.

“Now in terms of helping those people,” he told the BBC. “I don’t think the right thing to do is to endlessly extend furlough. People don’t want to be at home, they want to be in work, and that’s why our plans for jobs is so important, because it helps provide people with new opportunities going forward.”

Other business support measures offered by the government in combating the impact of Covid-19 and government lockdown include tax cuts for business, a job retention bonus for firms that bring back staff from furlough and targeted support for the hospitality industry.

The hospitality sector is the one with the most workers furloughed, with 77% on the scheme. Other industries with high percentages of furloughed workers are: arts, entertainment and recreation at 70%; construction 60%; wholesale and retail 42%; manufacturing 42%; and transportation and storage at 32%.

The BBC has reported that the employment minister Davies has suggested more targeted support could be on the way for sectors struggling with the economic maelstrom. “I don’t think this government is afraid of supporting where we can,” she was quoted as saying.