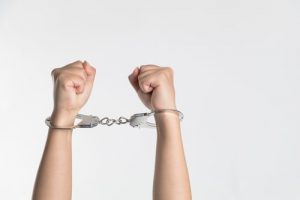 A limited company director and her accountant have been arrested over a suspected £70,000 fraud involving the Coronavirus Job Retention Scheme.

The 51-year-old woman and the 43-year-old man, both from East London, were arrested on suspicion of fraud by false representation and money laundering.

The male, who HMRC said served as the company’s accountant, was further arrested on fraud by abuse of position, after officers attended his home in Romford.

Digital devices and business records were also seized, including at the Walthamstow home of the female company director who, like her accountant, was later released under investigation.

Following the arrests, which represent the second of its kind under the scheme, HMRC clarified that it is not seeking to prosecute users for making ‘legitimate mistakes.’

Speaking to MPs on Monday, the Revenue’s permanent secretary Jim Harra said much the same, although he also pointed out that excess CJRS claims would still need to be paid back.

‘Setting out to deliberately defraud’

Asked by ContractorUK to identify a ‘legitimate mistake,’ a HMRC spokesman said it was making “an error by accident,” as opposed to “setting out to deliberately defraud the system.”

“HMRC have stipulated that they understand that errors may have happened with furlough claims and naturally employers should return these monies,” says Robert Sharp of Orca Pay.

“Could this also be a way of saying, ‘you have an opportunity to do the right thing and return the monies before…[we really] start pursuing those that have made these fraudulent claims or ‘errors’?”

During his session with MPs, Mr Harra admitted that HMRC estimates that up to £3.5billion in CJRS payments may have been claimed incorrectly or fraudulently.

“HMRC have made an assumption ‘for the purposes of planning that the error and fraud rate in this scheme could be between 5% and 10%,’” says advisory Tax Resolute, quoting from Mr Harra’s comments.

“[So] HMRC has risk-assessed the furlough claims for inaccuracy. [But] this is by no means an exact science,” cautioned the advisory’s Jesminara Rahman. “The key word is ‘assumption’.”