What taxes should Government raise to pay for coronavirus? 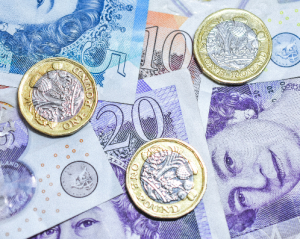 With public debt at £2tn, something needs to be done to raise revenues. What’s the right answer?

During the August Bank Holiday weekend, the Sunday Times reported that the UK Chancellor of the Exchequer, Rishi Sunak, was considering several tax increases aimed at businesses and the wealthy to help reduce the national debt in the wake of coronavirus and close the tax gap.

The Chancellor is allegedly considering measures to:

While it is important to stress that none of these measures have been officially announced by the Government, MPs and business groups have criticised the proposals, saying that it is too soon to raise taxes so extensively. There is a real worry that such moves could cause more businesses to close or make more redundancies.

While not commenting specifically on the Times article Simon Angear, CBI said that the focus at the moment should be on growth. “A growing economy underpinned by investment will protect livelihoods and public services. The immediate priorities are supporting business through the continuing disruption caused by Covid-19 and securing an ambitious agreement with the EU, the UK’s biggest trading partner.”

The higher Corporation Tax rate will be devastating for start-ups

If Corporation tax increases from 19% to 24%, this would be a 25% increase, which is a material burden for a start-up in need of every pound of cash. It could cause many startups to miss significant opportunities or could even lead to bankruptcy. This comes on top of uncertainties around Brexit and could cause investors to forsake the UK market for more stable and certain markets.

Sunak is in a difficult position but at this point in time, the UK really needs to go for growth and encourage investment. I believe that increasing the Corporation Tax rate by such a significant amount, especially if there is no differentiation between the types and sizes of companies – i.e. a listed/significant company which can raise cash relatively easily vs a start-up who does not have easy access to cash – would be hugely detrimental to UK start-ups and small businesses and will hamper UK competitivity and recovery for a long while to come.

The Government should: focus on measures that encourage UK start-ups to grow.

Tax hikes have been on the horizon since the Government had to announce its package of reforms to prop up the economy due to Covid-19. While we are still some time from a budget, the whispers of what those tax hikes might look like are already hitting the front page of national newspapers. The public reaction to these whispers should not be underestimated. Frontpage stories give the Government a useful device to gauge public uproar over changes. And with the current government struggling to maintain a solid reputation after a substantial number of u-turns, they’ll be keen to pick the policies that make them the most, with the least amount of upset.

Raising CGT to align them to income tax seems like a plausible option. In 2008, the top rate of tax was 40% for CGT, so it is certainly conceivable that it could rise. Although it may create a rush of people looking to realise gains on assets now to avoid a future tax rise. CGT changes will be felt in certain corners, such as buy-to-let landlords. However, they have recently benefitted from the stamp duty relief which helped the housing market get moving again and so that pinch may feel less profound.

Raising the tax on company dividends would stop some wealthy individuals shielding their income inside a company. However, the Chancellor needs to be careful here as it could end up hitting family-owned businesses who may not have benefited from any of the stimulus schemes.

As the Chancellor begins to think about potential tax changes, it’s vital that he pays attention to public sentiment. Before the March Budget, figures from YouGov revealed that only about 30% were not in favour of any tax cuts and wanted spare cash at the budget to be used to increase public service funding. It also reveals that CGT, Corporation Tax, Stamp Duty, Alcohol and Tobacco tax are probably the softest targets for tax rises as few people feel they were too high in the first place. Other rises such as income tax, VAT, fuel and council tax would prove more controversial.

The Government should: look at the soft targets, such as CGT and Stamp Duty.

Verdict: CGT would be a sensible tax to overhaul to raise revenues.

Any tax increases need to come with sensible incentives

If the Government really feels that getting small company directors to pay for the support that they didn’t benefit from is the way forward, then I simply have no words.

I appreciate the burden has to be shared across the board. However, I think there are more targeted ways that this can be done. Growing businesses should be rewarded for rebuilding the UK.

Entrepreneurs Relief has to be protected as part of this. Most business owners forsake a pension for building their business and deserve similar tax breaks to other pensions. Any abuse, however, should be stamped out.

Inheritance Tax (IHT) and non-business asset CGT should be looked at, together with an across the board small increase, but with targeted incentives to encourage growth. For example, the Government could use RTI to waive Employers NI for those employing over their average employee numbers for early 2020. Not a headline grabber, but a real incentive to UK plc.

Another one to think about could be a “luxury tax” on items over a certain value. It would need to be a different value per category, as a £1,000 car isn’t as luxury as a £1,000 coat! But an extra % won’t harm these sales too much, as it’s not a cost-driven purchase.

Whatever the solutions, they need to think about the balance, rather than just turning the easy dials, and accept that this is a long process. These would not be headline grabbers but they will do the job.

The Government should: look at wealth taxes such as CGT, IHT and tax on luxury items.

Verdict: We need more targeted incentives to maintain growth – small businesses should not bear too much of the tax burden.

The small companies rate of Corporation Tax could be reintroduced

It is inevitable that due to the pandemic and government borrowings to fund the economy, in the Autumn Budget the Chancellor will have to raise funds by increasing taxes across a number of areas. The Chancellor has a free mandate to increase taxes as it is widely expected he will do so, whereas previous Chancellors have had their hands politically tied, such as Mr Hammond’s U-turn to the levelling up of Class 4 NIC contributions a few years ago.

The ‘triple tax lock’ means that, without significant political unrest, the Government is tied from increasing the rate of Income Tax, VAT and most National Insurance Contributions, but this does not extend to Capital Gains Tax, Corporation Tax and Dividend tax with the latter introduced to sidestep the triple tax lock policy.

It is expected that Corporation Tax (which was due to go down to 17%, then reversed earlier this year) will rise to 24%. There is also talk of the reintroduction of small companies rate so that the increase does not impact smaller businesses.

For more than a decade, the rates of CGT been significantly lower than income tax rates. They may well be increased to match income tax rates (20%, 40% & 45%). Entrepreneurs Relief (or Business Asset Disposal Relief as it is now called) could also be fine-tuned.

Another area which could see a revision is the dividend tax rates which start at 7.5% and rise to 38.1% together with the dividend allowance.

We are finding that our clients are bringing forward important decisions. With some clever advance notifications by the Chancellor  (say from April 2021), taxpayers will bring forward decisions which will mean the tax take to the exchequer will increase in the short term,  [This was the case]  with the introduction of the dividend tax rates from April 2016.

The Government should: consider introducing the small companies rate for Corporation Tax.

Verdict: CGT and Corporation tax increases are likely to happen – clients are bringing forward important decisions as a result.

Raising taxes in a recession could halt small business formation

Small Businesses and the self-employed were fundamental to our recovery from the last recession. If we want them to play that critical role again, every policy decision from here on in needs to be assessed for its potential to help small firms thrive, invest and expand.

Given we’re in a recession, the last thing policymakers should be doing is hiking taxes on those we need to invest, create jobs and generate growth over the crucial months ahead. It’s an approach that would send completely the wrong message to those who are out of work and thinking about starting up their own venture.

We need to see the most pro-business Budget ever this autumn – one that brings down employment costs to increase hiring activity reduces the tax burden for entrepreneurs and incentivises business creation.

The Government should: focus on stimulating business and recovery.