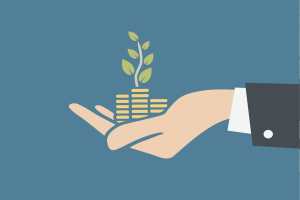 …Despite Coronavirus setbacks impacting the economy

A brand new study from the UK’s leading independent job board, CV-Library, reveals that four in ten (41.3%) British professionals still expect to receive a pay rise from their employer in the next 12 months, despite the country going into a recession as a result of COVID-19.

The job board surveyed 1,100 UK professionals, to understand their perceptions of where their career will head over the next year. Interestingly,  women (41.5% of women vs. 40.9% of men) and the younger generations are most likely to feel this way.

Indeed, professionals aged 25-34 years-old are the most confident, with 59.7% expecting a pay rise in the coming year, followed by 44.9% of workers aged 18-24 years-old. What’s more, the data reveals that professionals are more likely to expect an increase in pay if they’re based in these key cities:

“It’s understandable that professionals are looking to regain some of their lost income in the coming months, particularly if they’ve been placed on furlough. However, the government’s Job Retention Scheme will come to an end in October and a second wave of the virus could cause even more trouble for business owners in 2021.

“If you’re unable to offer pay rises in the coming year, but want to retain staff, it’s important that you do what you can to make your employees feel valued in another way. This can be done by offering better training opportunities, initiating a reward system for hard work or by promoting a supportive company culture.”

Furthermore, the findings show that, of professionals that are currently unemployed, half (50.8%) are confident that they’ll secure a new role in the next three months. Indeed, the younger generation continues to be the most confident, with 63.6% of under 18s expecting to find a role in this time frame, followed by 61.1% of 25-34-year-olds and 59.5% of 18-24-year-olds.

“The data clearly shows that young professionals have a great deal of confidence in the job market; which is refreshing given that we know they’ve been hit hard by the pandemic. While we are seeing an increase in the number of job opportunities available, job seekers may find that it takes longer than expected to find the perfect role. However, if you’re looking to hire, it’s imperative that you streamline your recruitment process and advertise your new roles effectively in order to attract new talent.”